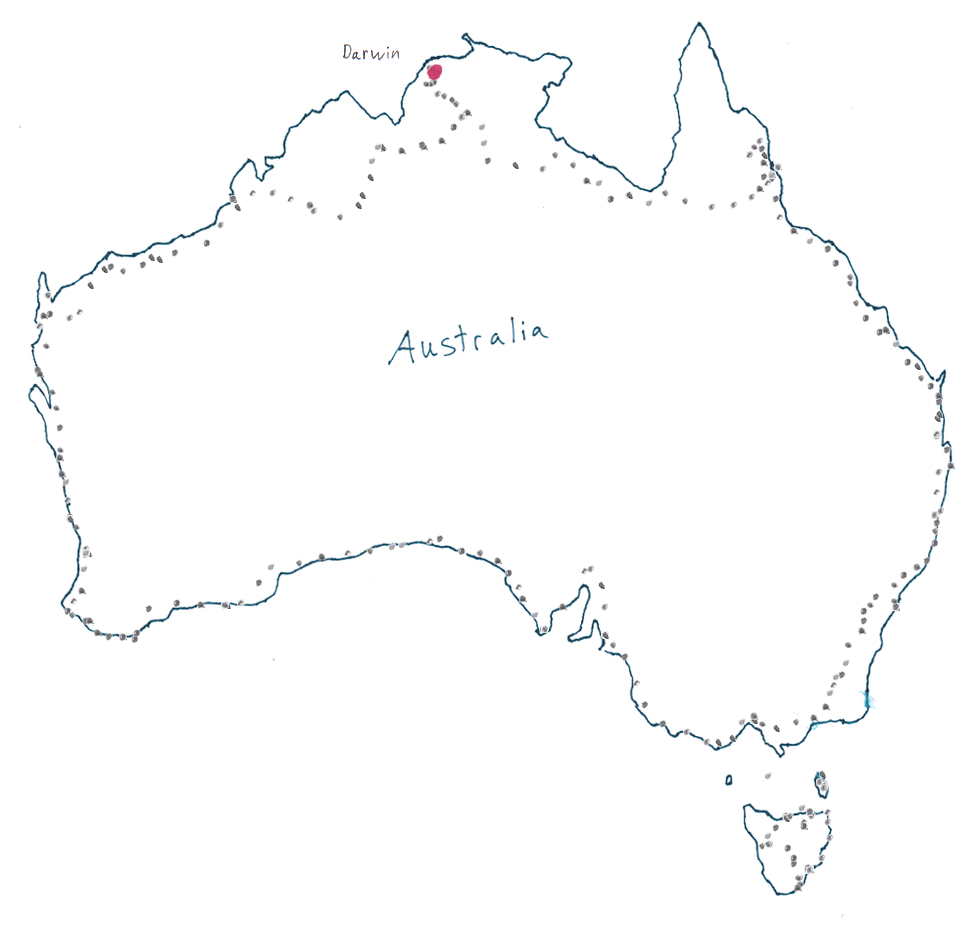 Spent the day running around Darwin doing all those little odds and ends necessary to keep a bike trip going. Fixing broken things and stuff like that. I also shaved my beard today too.