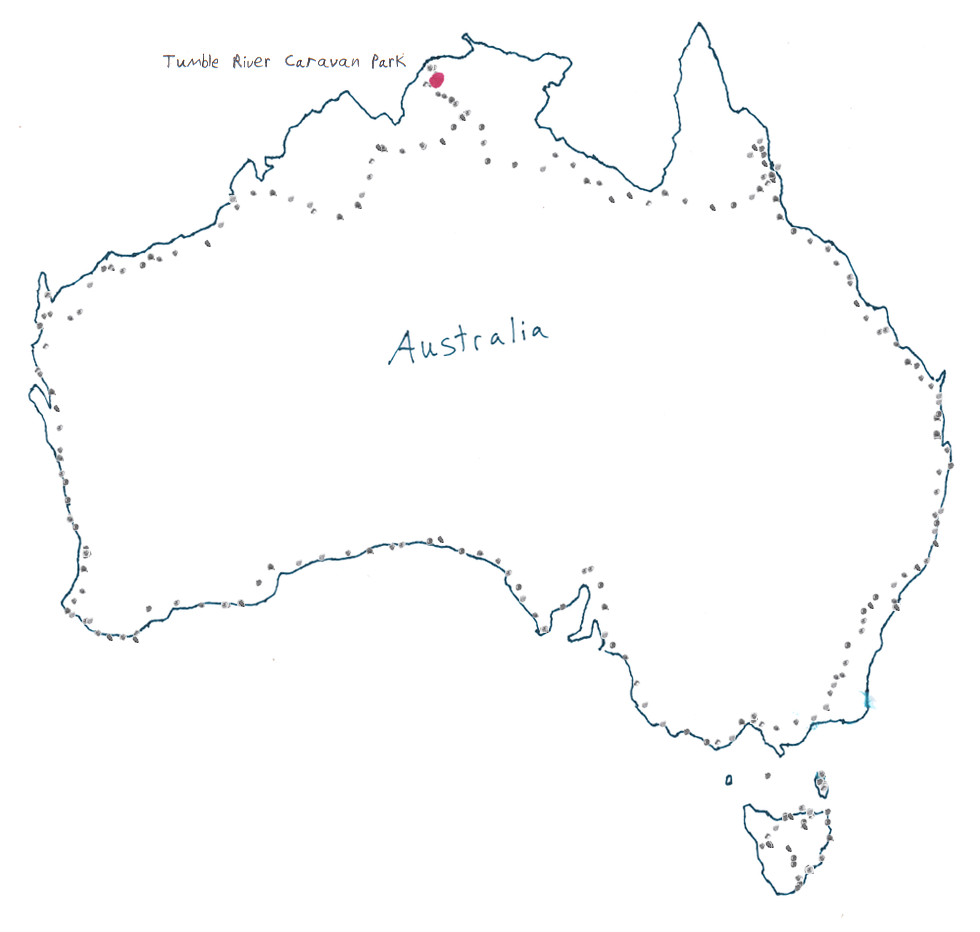 Today we spent most of the day biking on an dirt road at the north end of Litchfield, NP. Went swimming for part of the day in a small creek. Flies everywhere, you get used to them...too bad I can't make them fly out of this website and then you can really experience it. Got dark when we were on the dirt road...which made it hard to ride at night. We discovered a caravan park not long after we got back on the paved road. This was a welcome sight...since we were both a little pooped.