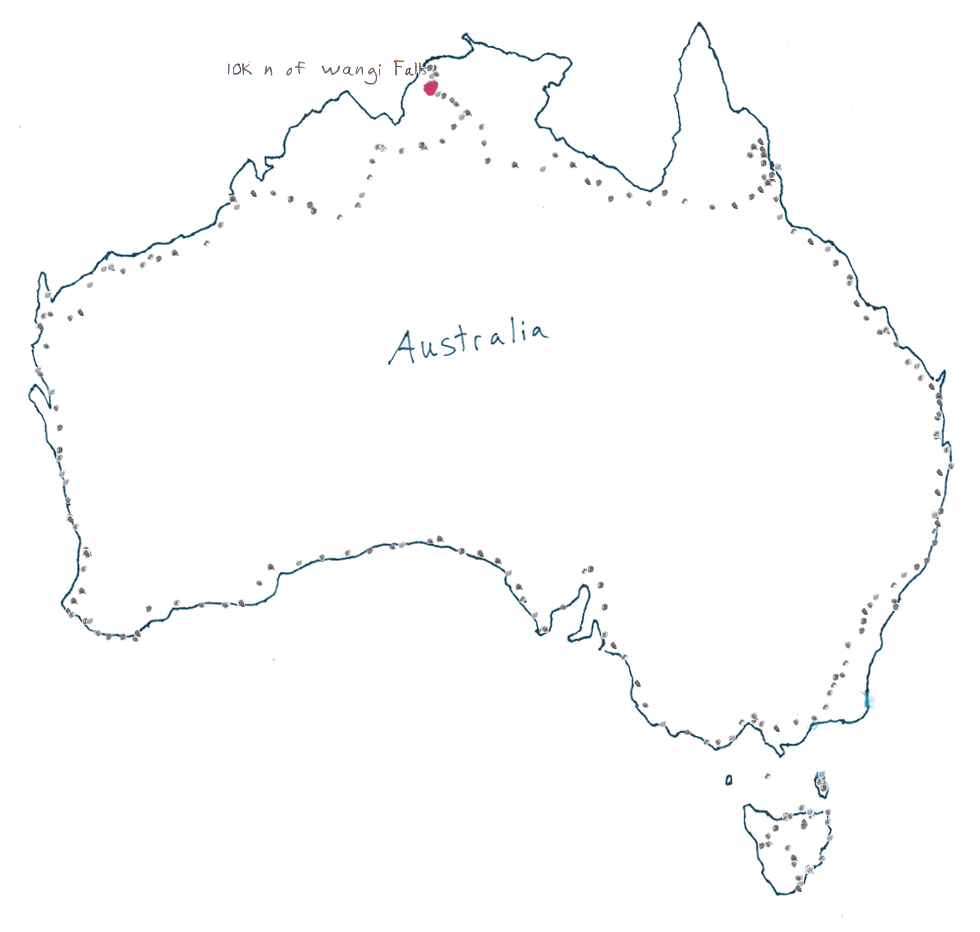 Today we just hung around Wangi Falls swimming for most of the day. My bike was acting funny and I thought the freewheel was screwed up. Turns out my frame was broken! I took it with a happy go lucky approach, I was just glad it wasn't another flat tire.

Had a lot of fun swimming at the falls, the is a little pool up one of the falls that you can swim in also. We also jumped from the rocks into the water. Kinda unnerving being up that high. It seemed like you could sing Dylan's "Lily, Rosemary, and the Jack of Hearts" in the time it took to hit the water.