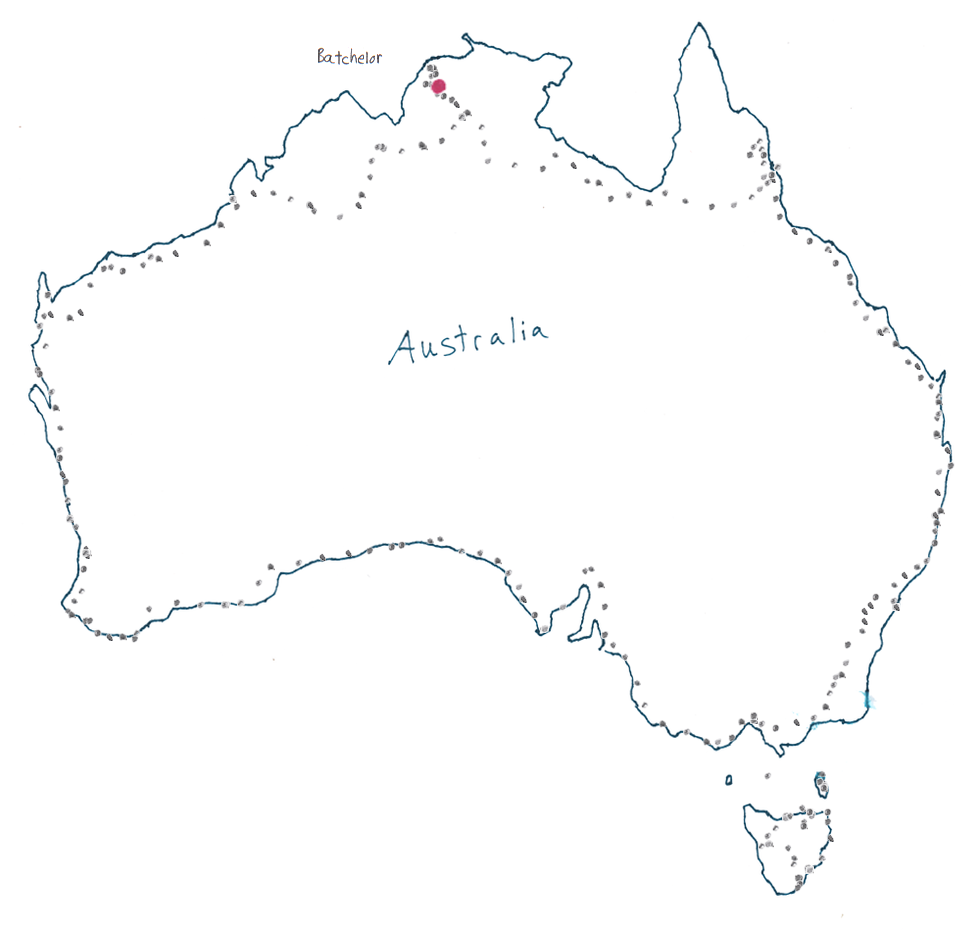 Met a couple of Italian bikers heading to Darwin from Adelaide. They had nice matching bikes with all those nice European parts that are much superior to what you find elsewhere.

Played more othello and ate melted chocolate. Stopped in Adelaide River for food. Parked the bikes at a takeaway store and a woman sitting down smoking a cigarette said in a snotty voice "can you move the bikes over there (across the street)". She came across as like that Public Enemy lyric goes "there's a five letter word to describe her character". Maree and I looked at each other and moved the bikes...down the street to a different store. Got stocked up and headed north to Batchelor. Stayed at a Big 4 caravan park...which are so clean you can eat off the bathroom floor. (not that we did, but we probably could have they are so clean).