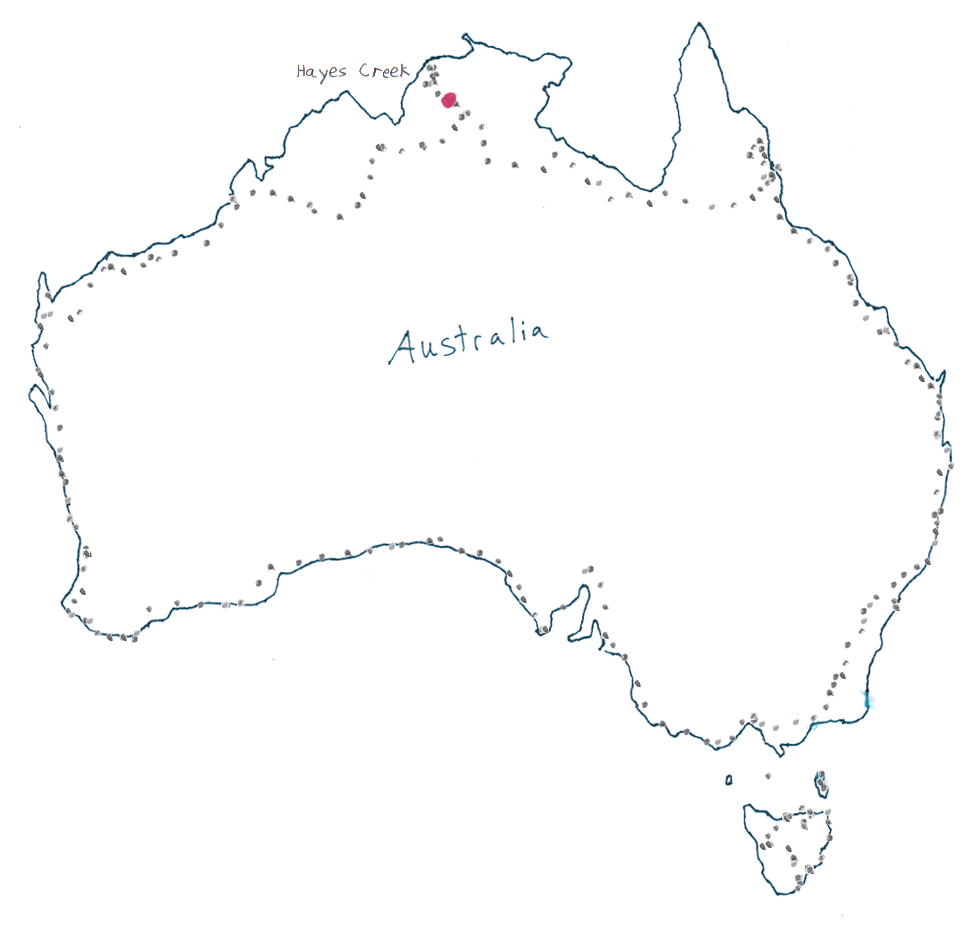 Played more Othello then biked north up to Hayes Creek. Got two flats before Emerald Springs, argh. The heat makes some of the patches fall apart. Can't wait to get new tubes and throw these away.

Stopped in Hayes Creek for the night. They grew vegetables here for the military during WWII. Was a nice night there, complete with the loud hum of the electrical generator for the pub.