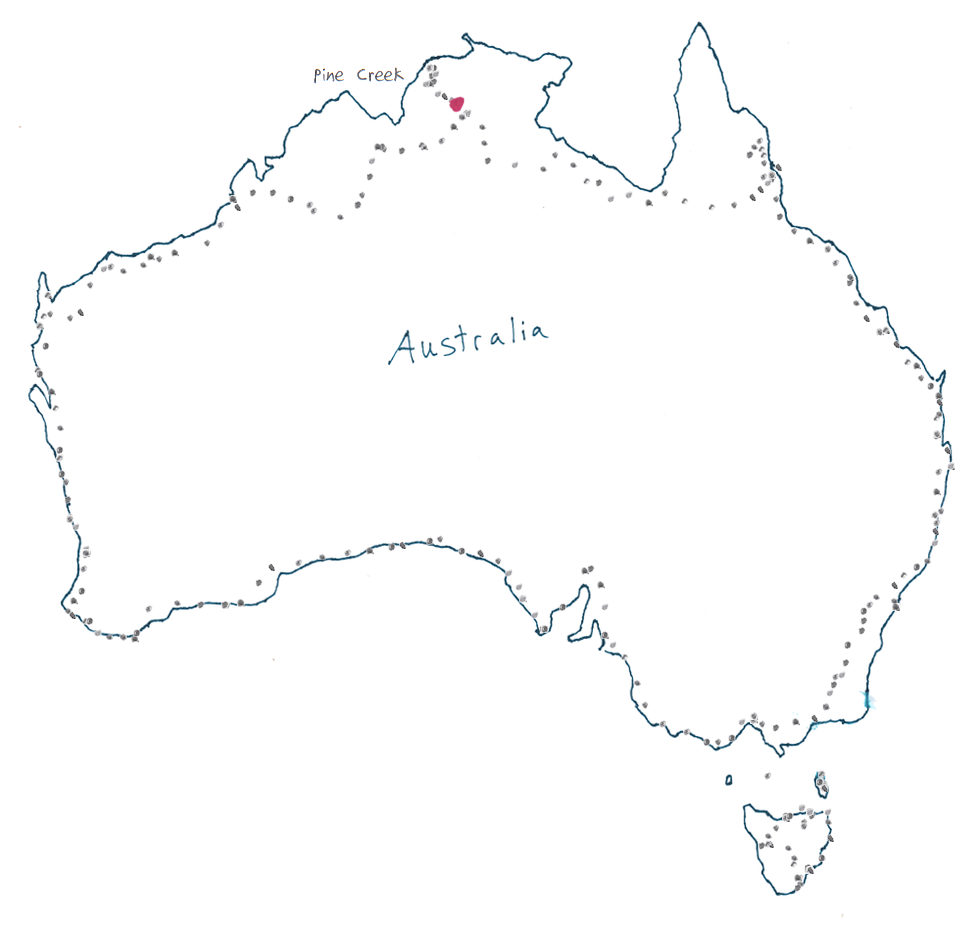 Tent was hot last night and the bar was noisy...so we didn't get much sleep. Stopped at the cafe and didn't really make it past there...ended up spending the rest of the day in Pine Creek. (I still lost at Othello)

Maree said that if I want to do something really touristy, we can go see the jumping crocodiles. This is where the boat goes along and they hang meat over the side and the crocs jump up and eat it. hmm