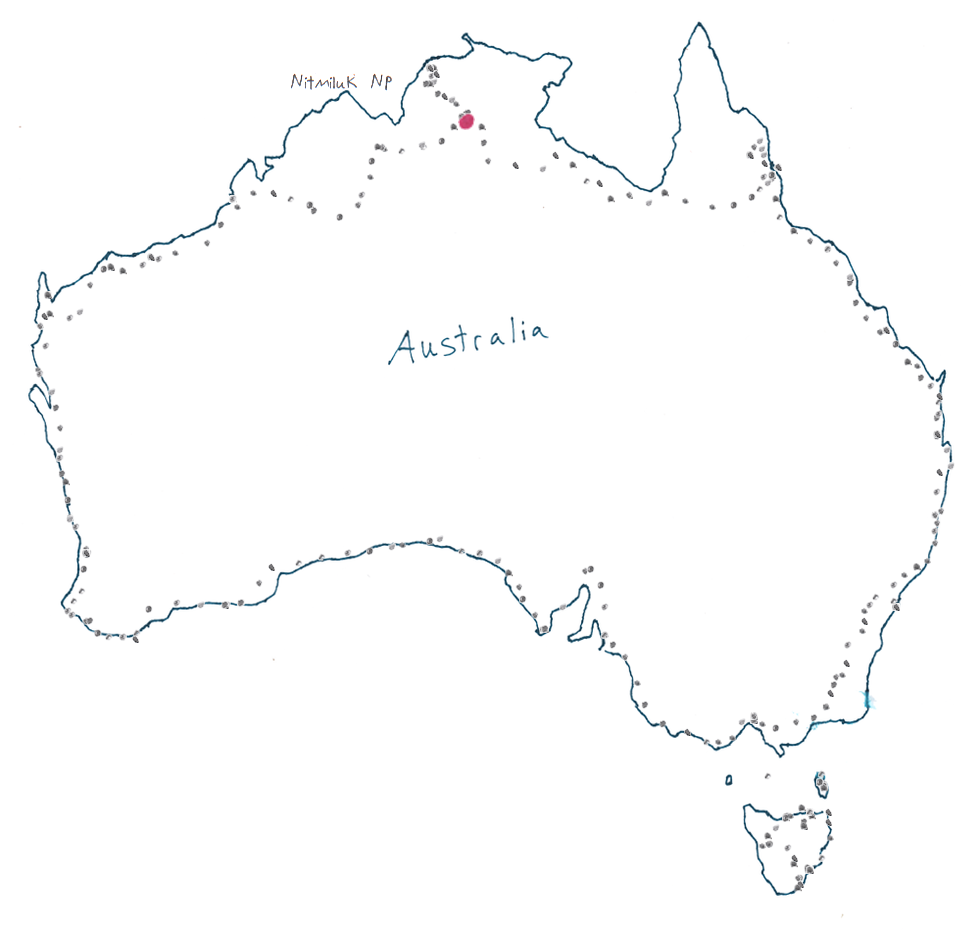 Had a very nice day of relaxing. Well, we went swimming, played Othello, paddled back out of the gorge...but any day I spend not biking long distances or working on the bike I consider it a day off relaxing.

In the morning we paddled up to the sixth gorge and drifted back to camp, playing a game of Othello on the canoe. I lost horribly, the worst ever, like, it was so bad.

Took us awhile to paddle out, but at the long portage (50 minutes or so), we found a couple heading upstream who had their canoe at the other end and we swapped canoes. Checked out the Aboriginal drawings on the gorge walls, kind of hard to picture that they have been there for thousands of years.

Got back to the bikes and rode into Katherine at night. We were biking along and Maree was ahead of me. All the sudden she swerves.."ah! snake!". I just missed it also, but went back for a picture. Saw another one just outside of Katherine also.