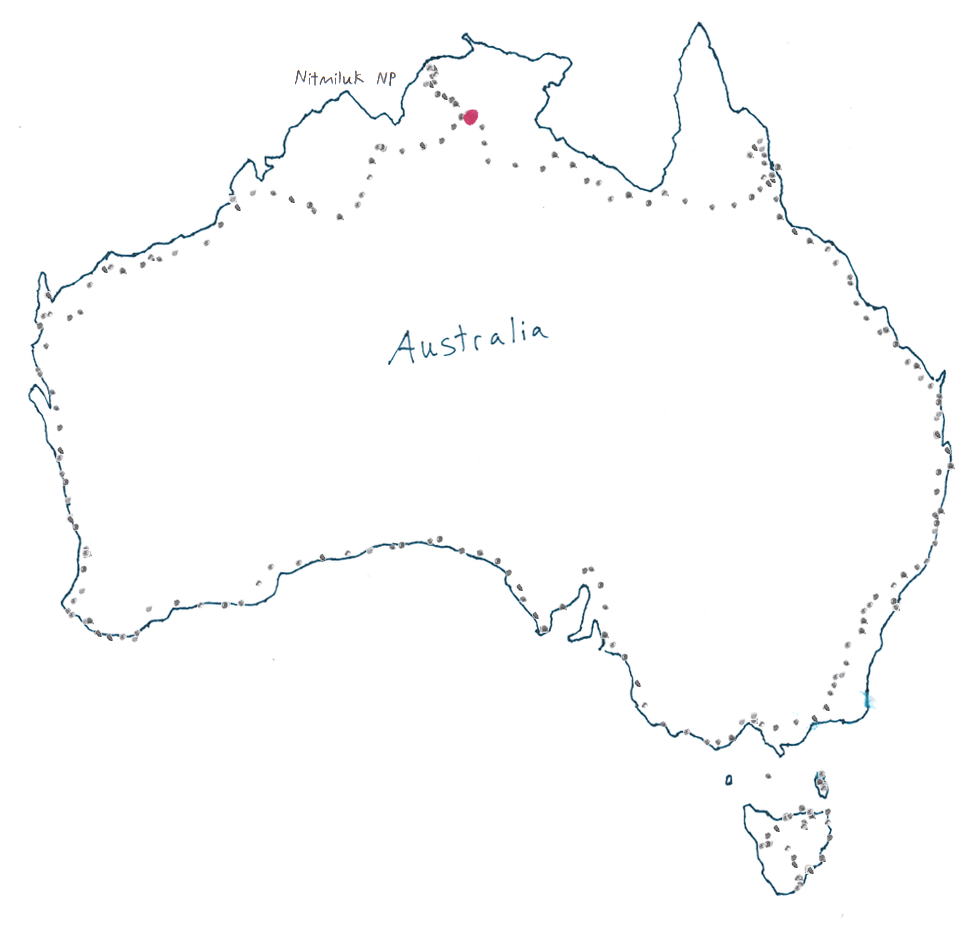 Played a few games of Othello with Maree. Took us a while to get out of town, then again...we weren't in much of a hurry since we only had to ride for a couple hours today. We were heading out of town and stopped at a park to play yet another rematch of Othello (I won, yay!). The ride up to Nitmiluk NP was pretty nice. Tomorrow we are taking a canoe up the gorge and camping overnight.