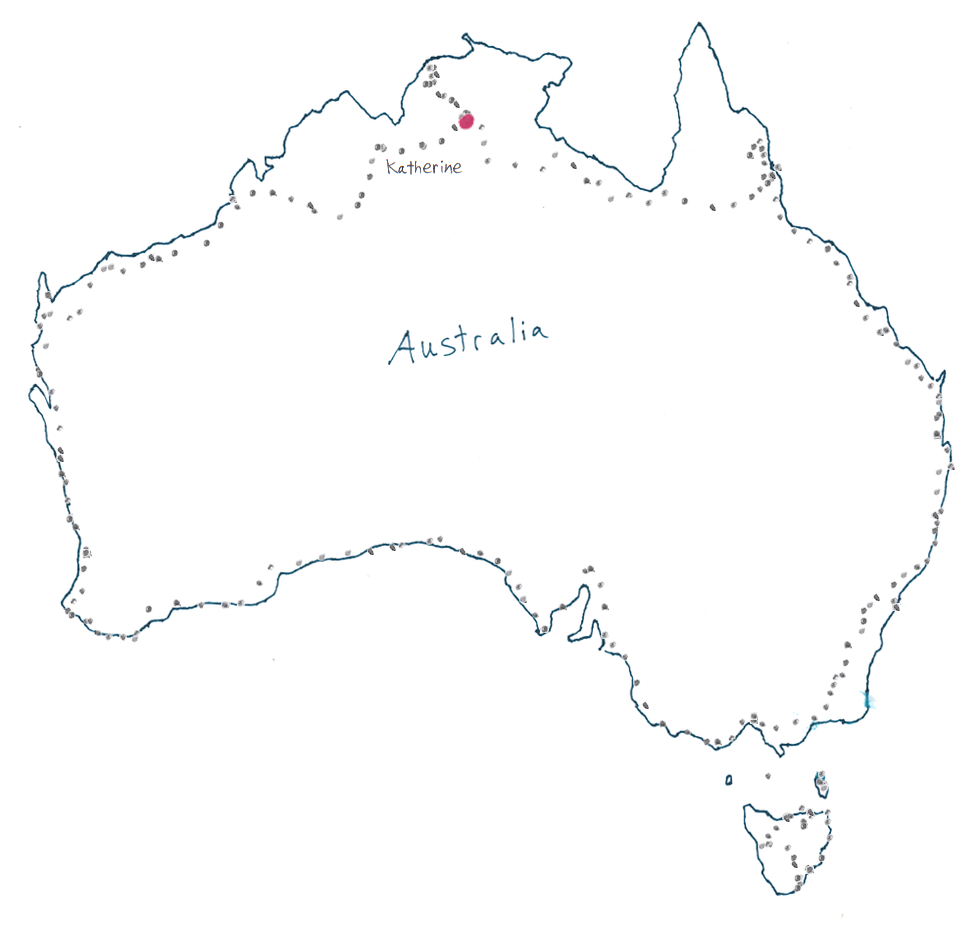 Funniest thing happened today. I'm standing on the corner in front of the bus stop. This bus pulled up and that girl Mary from hostel in Bridport, Tasmania came out. I said hi, her name is actually Maree. She came up here to go up Katherine Gorge and to bike up to Darwin. Funny how things work out. Was a little wierd though, I asked her if she happened to have an extra IBM Lithium battery (part number: 12P4065) for my laptop, and she did. Even more wierd is that she happened to have an underwater camera housing for my digital camera. We hung out around town, took pictures, and ate pizza. Tomorrow we are going up to Katherine gorge.