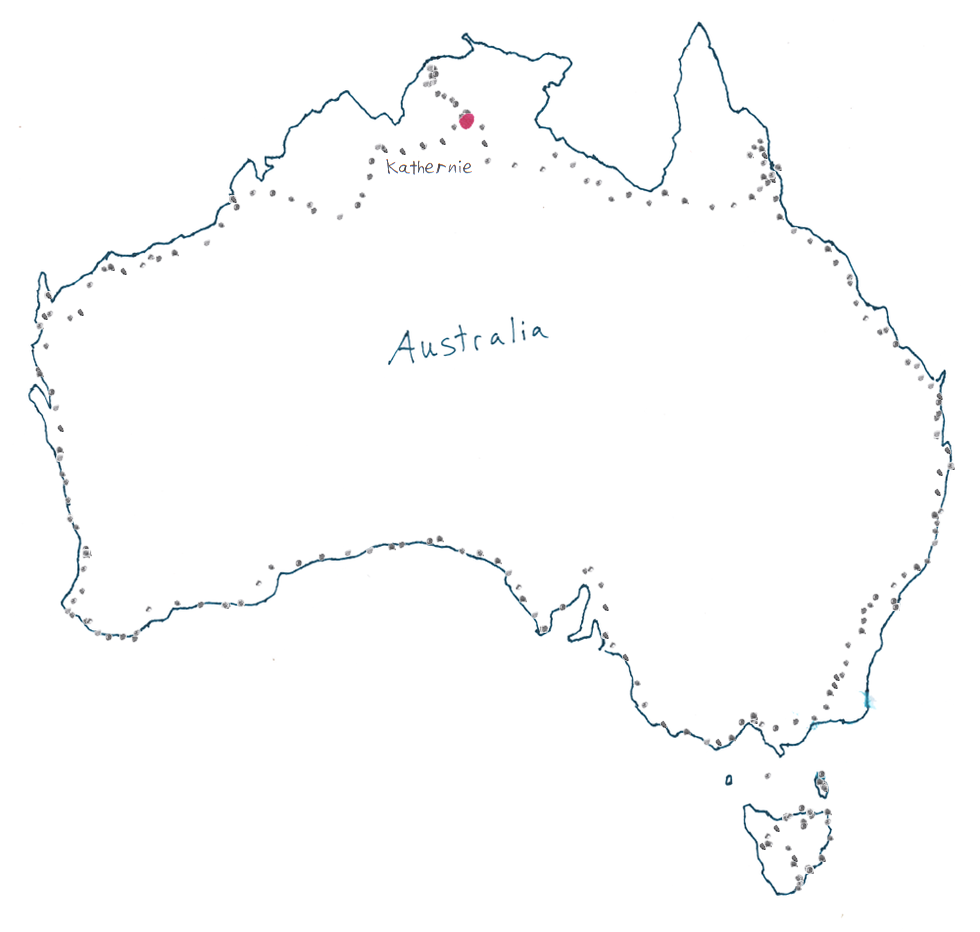 Had a pretty lazy ride into Katherine. Stuart and I clipped along pretty quickly for the most part. We reached Katherine in the late afternoon and got a twin room at a hostel. Ate dinner that night at this takeaway place which only took them 40 minutes to make a 4 minute meal. Oh well. Stuart is going to take another day off and then head out west. I'm headed north instead.