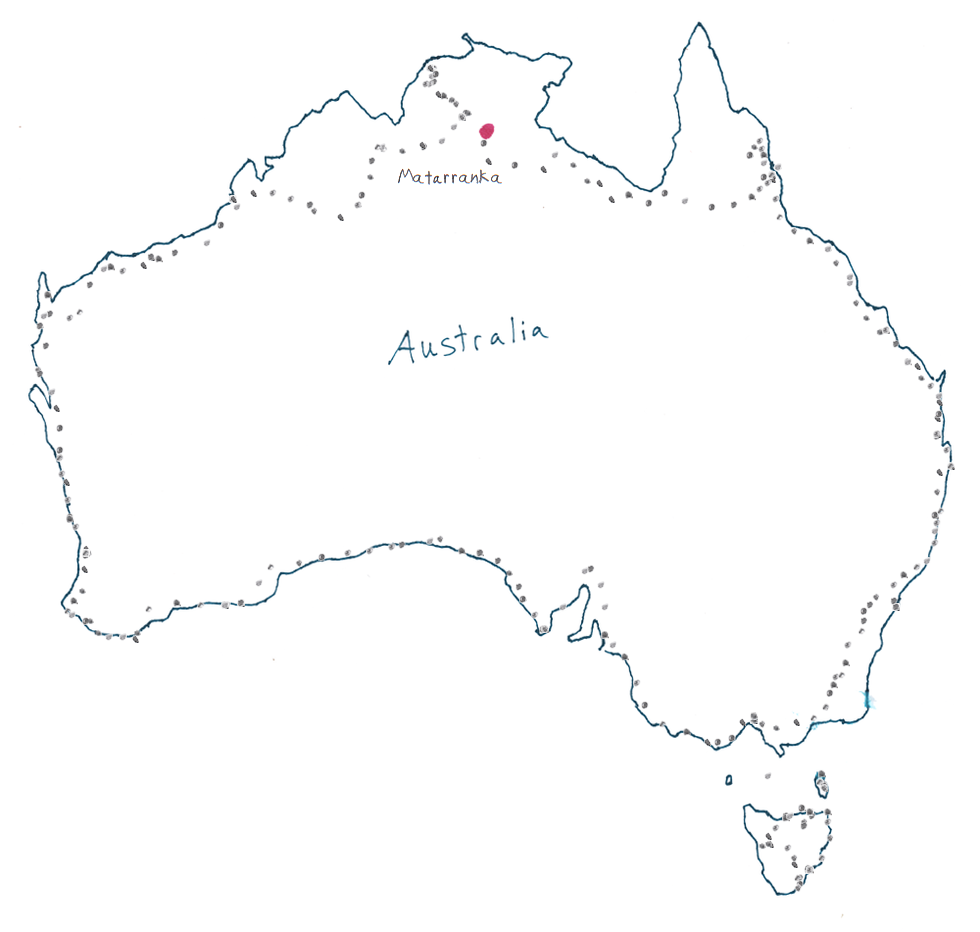 Went the 1k back into Larrimah and up to the scone place. It was basically just a womans house. I went in and she asked what I wanted without really knowing what she had for sale. Good scones.

Sat around the store eating breakfast and reading the Darwin paper. Another cyclist rolled in, ended up talking to him for a couple hours. His name was Stuart and he was biking from the easternmost point of Australia to the westernmost point. We ended up going over to the WWII museum and then decided to bike together north.

Funny how much faster one can go when you are biking with someone else, wasn't a competetion thing or anything, it's just that you tend to doddle less.

We reached Mataranka in the early evening. Ate dinner at the pub, they were having a lamb BBQ. They pawned it off like it was going to be this huge deal, but there were not a lot of people there. The guy wouldn't let us have seconds. Don't know what they were going to do with all the extra food, probably let it get a few days older and make it into a dodgy stew as Monday night's special. I've heard that this is common, stuff that doesn't sell at pubs becomes the Monday night special. For a Saturday night, Mataranka wasn't that happening of a place.

The caravan park we were staying out was, er, a dump, literally. Had nice sheet metal fencing, 3 inch deep bulldust dirt, dog poop, and a crappy trailer that served as the showers. I think I was actually cleaner than the shower.