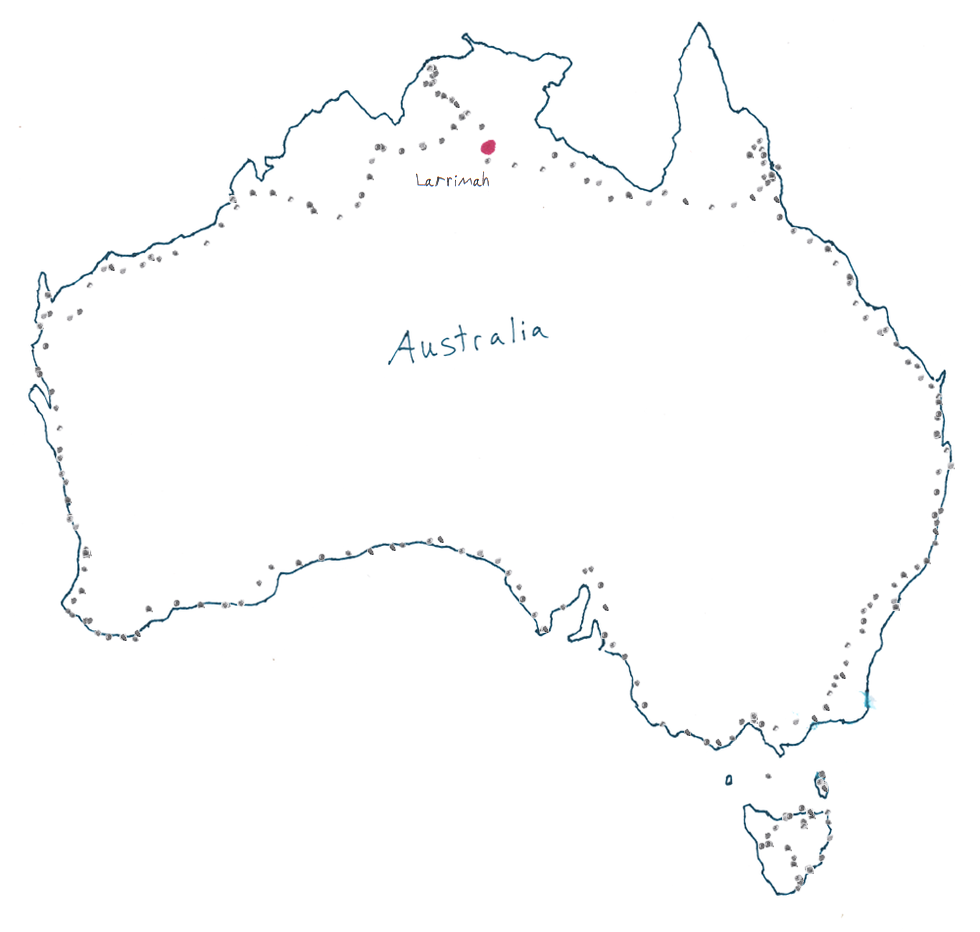 Wow, as I write this, termites are falling from the tree above me onto my lap.

The day was pretty much normal. Had breakfast at the roadhouse and got the journal stuff caught up. Went to the Daly Waters Aerodrome which was used during WWII. Nobody was there so I climbed up ontop of the hangar. I went to the pub, it was pretty impressive with the amount of stuff they had on the walls. There were a lot of people there. I got some food and sat outside, just as two tourist buses pulled out and more hordes people showed up. I got more ice cream and left a short time later. Really need to take a day off, getting tired...but will take one in Katherine in a couple days. Only rode about 100k to Larrimah. Got a ton of crap food there and caught up with the news in the Darwin paper. Letters to the Editor are always a good read, everyone keeps complaining that things weren't like the good old days and everything is going to hell. Found a spot to camp in the bush and that was that,