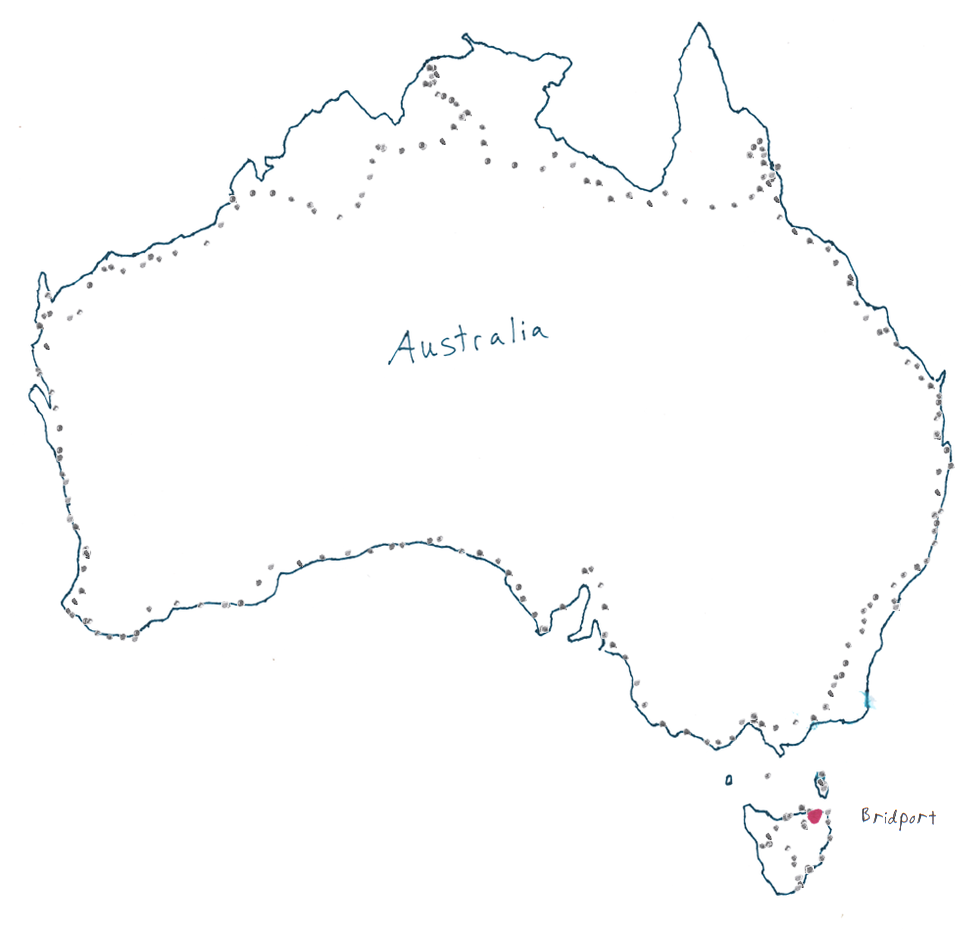 Had a quick ride to the town of Bridport, although I had a very strong crosswind which blew me off the road a couple of times. I got to town and it was very windy. Staying in the crappy caravan park didn't sound too exciting, so I opted for the hostel so I could get out of the wind. Booked a ride on the ferry to Flinders Island. It is a 20 hour trip since it had to go to Georgetown to pick up several thousand gallons of fuel first. It wasn't leaving for a few days so I would get to spend a few days in Bridport. I later found out that there was a mail plane I could go on to Flinders Island...it only took a half hour. This didn't seem as fun as the ferry though.

Met Maree (hi!) at the hostel and she took us out to look at the wildlife near this creek.