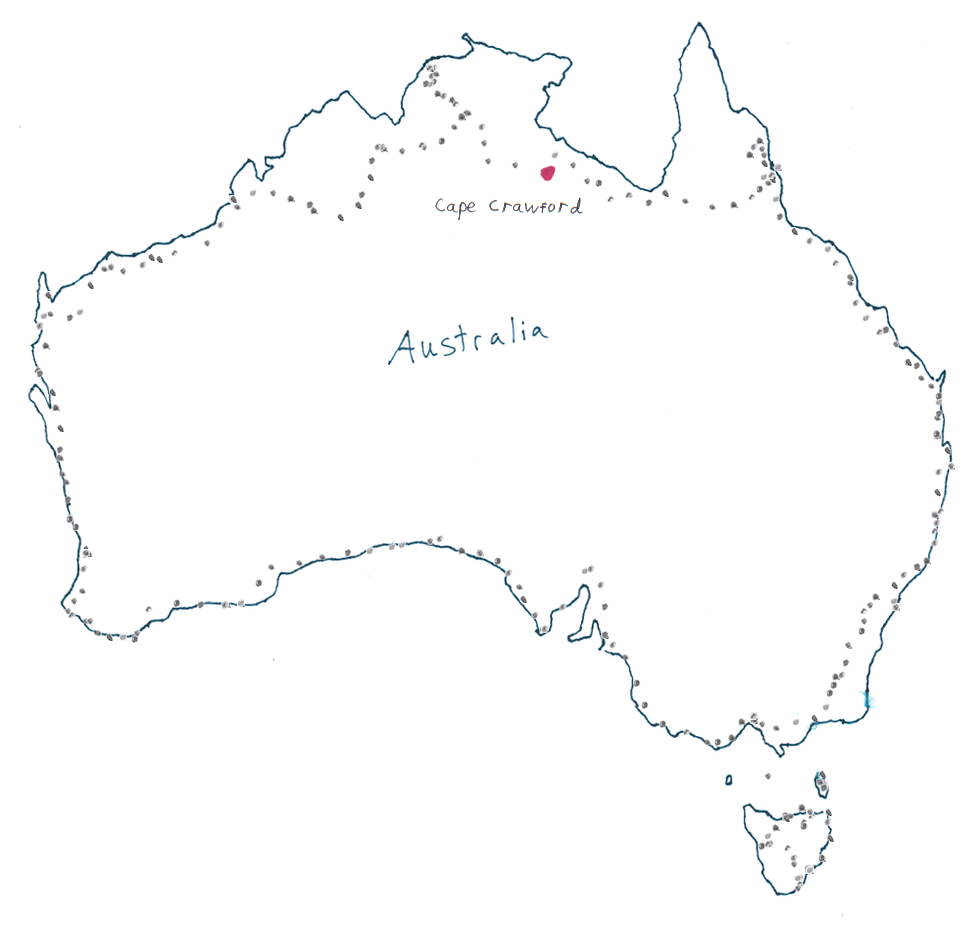 After the last week or so of riding the gravel and rock schrewn road, today seemed like it would be pretty easy. Therefore, I made sure to fart around as much as possible before leaving town. Talked to a guy in the caravan park, him and his wife had just came down from Roper Bar via the dirt road I was originally thinking of taking. He said it is the worst non 4x4 road he had ever been on Australia. They blew a tire 30k down the road, got a new one here in town. The guy at the tire shop told him that road gives him a decent amount of business, something like 20 people a day (or week?) come in with broken tires. The only real disadvantage to not going on this road is that I will miss the Lost City, which is close to becoming a national park. It is this rock formation, don't know too much about it honestly. The guy said he has been all over the world and it is by far in probalby one of the ten most amazing things he's seen in the natural world.

The museum said it was open, yet it seemed very closed. Most of this town was wiped away by a hurricane/cyclone in 1984. On the edge of town I saw a couple road trains parked. I biked through the gate and asked the guy there if I could take a picture of my bike next to the road train, just to be able to show some perspective. I took a few photos, including a great one of a bunch of old tires, one of which contained writing indicating it was uh, not suitable for use. I asked the guy how fast it went through petrol, a little under 1k to the liter, or about 2 miles to the gallon.

The rest of the day was pretty uneventful, except for the usual bike repairs. I had a broken spoke on the rear and had to tear everything off to fix it. When I put the tube back in, I got it in cock-eyed or something, because it went flat again. Actually, I was biked for about an hour after fixing the spoke, saw a spot that would be good for lunch. Right as I was wondering if it might be a good time to stop for lunch, that is when the rear tire went flat.

Got into Cape Crawford around sunset. Not much here but a roadhouse. Got cleaned up and did laundry. Ate at the pub while clicking away at Update #4 to send out to everyone. Bought a large chocolate bar for the next couple of days, but polished off half of it before I even made it to bed, bummer.