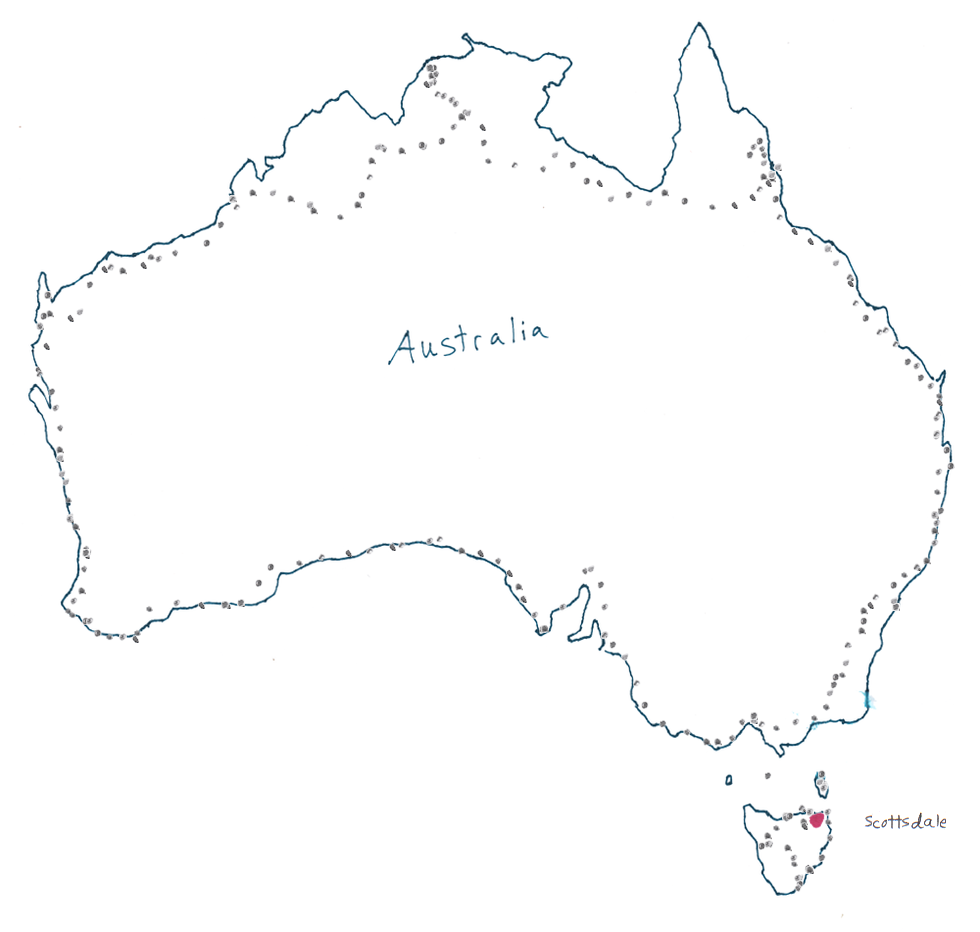 Had a nice ride through the farmlands and forest to Scottsdale. The rain started pouring down right before I got into Scottsdale...at least I could stay at the hostel there. Got to Scottsdale and found out the hostel was for sale...and closed. The hotel was booked up so I ended up camping at this park under a picnic shelter. Met another bike tourer. She was about 60 and had been biking for 10 years around Australia, basically been arround the continent twice. She had some amazing stories.