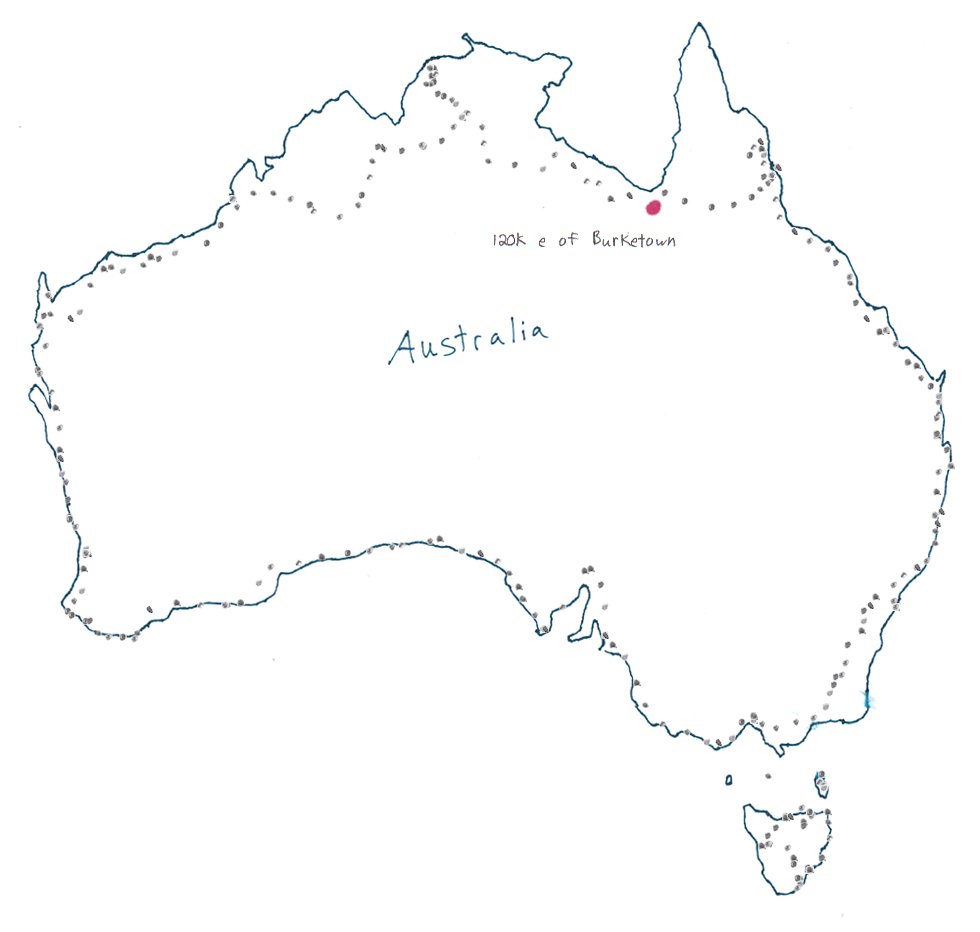 Could hardly sleep at all last night. Tent was really hot and people on the street were noisy. Seemed to be a fight or argument going on. That said, I didn't get up and going until about 7:30am. Picked up a couple things from the store and got moving. Had a real hard time getting motivated, think it was the lack of sleep and my bad breakfast...cookies.

Got to Burke and Wills camp #119 and made some lunch and took a nap. This is the last camp that Burke and Wills made on their expiedition to the Gulf. They died on the way back. I felt a lot better after laying down for awhile and mozeyed down the road.

The ride was pretty normal today, bike handled alright. Got one snakebite flat on some hard ruts. Found a place to camp in the trees. Had been listening to public radio (only station out here) and they mentioned about Australians fire fighting in Oregon. I kept the radio on for the story, it was kind of wierd to hear them talk about the Siskiyou National Forest and such.