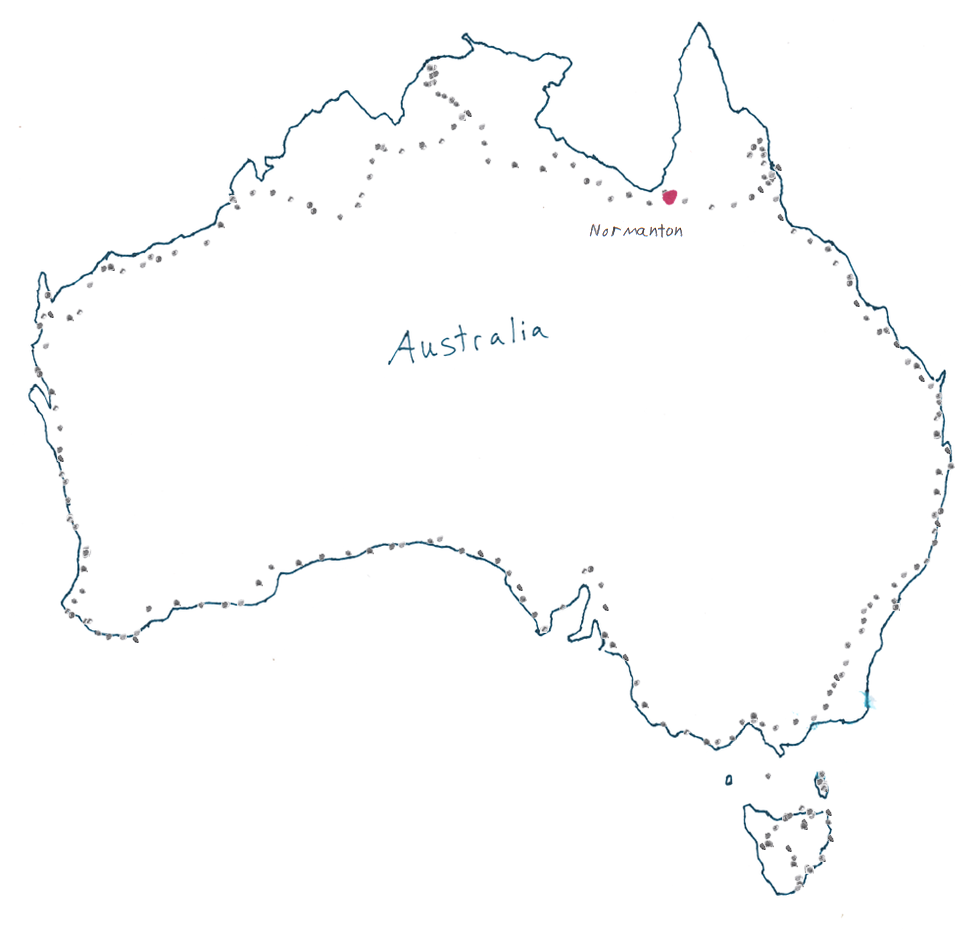 Decided to leave the dodgy $25 a night hotel and go to the $7 a night caravan park. At the hotel in the kitchen was this sign asking to keep the kitchen clean, yet there was dried blood on the cold water facucet. Ewww. Spent the day in Normanton calling people and adding stuff to the travel website. Had a couple beers in the Purple Pub. Right after I sat down, the Angels "Am I ever going to see your face again?" came on the video jukebox...how weird. The bathrooms were listed as "Mangoes" and "No Mangoes". I assumed "No Mangoes" was men, went in there to blow my nose. Came out and the bartender was there but didn't say anything to me...was cleaning the poker machines. I later figred it out as "no man goes"...i.e. women. Later I saw the figure of a woman stuck on the side for people who didn't figure it out.