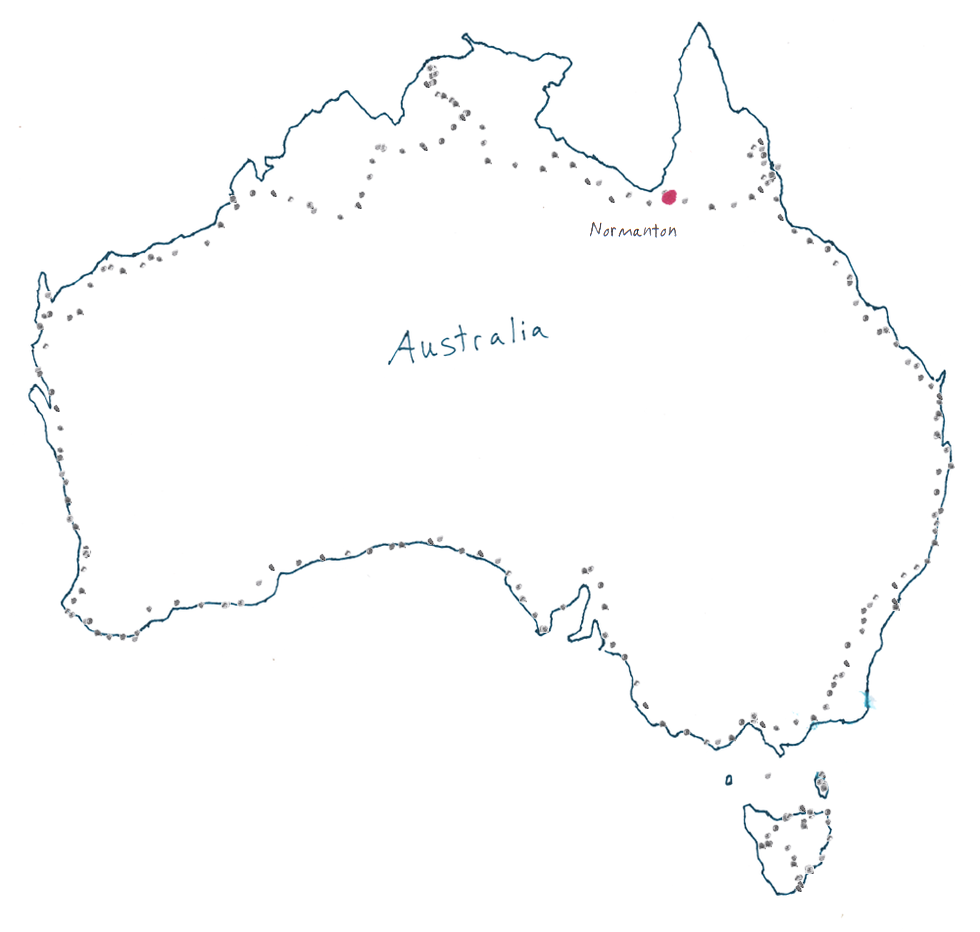 Woke up this morning and the confluence had moved a few meters. Took the photos for the confluence.org website and shoved off through the bush. Didn't get back on the highway till about 9:30am, which is kind of a late start. I like getting early starts because the spirits are better and you have a better feeling of accomplishment knowing that you have a fair amount of distance in by midday.

Ride was pretty uneventful, except for the fact of the flies. Flies everywhere! I only stopped twice the entire day, once at the Blackbull railway siding and another time up the road. The second time I stopped I made some lunch but the flies attacked me and my food. I kept on pushing to Normanton, figuring I'd get there around 5:30pm. Most people would wave at me which was nice. This stretch of road must be incredibly boring to drive in a car. So seeing a guy on a bike must be a nice change.

Got into Normanton around 5:30pm. Met some aboriginal kids on the street, they were on bikes asking me about my bike. One kid had on a Utah Jazz singlet. I pointed it out to him, he just asked me what "Utah" was.

Was very tired so I just checked into a motel. The woman pointed me where to go. She told me to watch out for the dog, "since he will bite." When I walked past the dog he would lunge out at me and his chain would stop him and his body would swing around.

Going to take tomorrow off...body needs a day off.