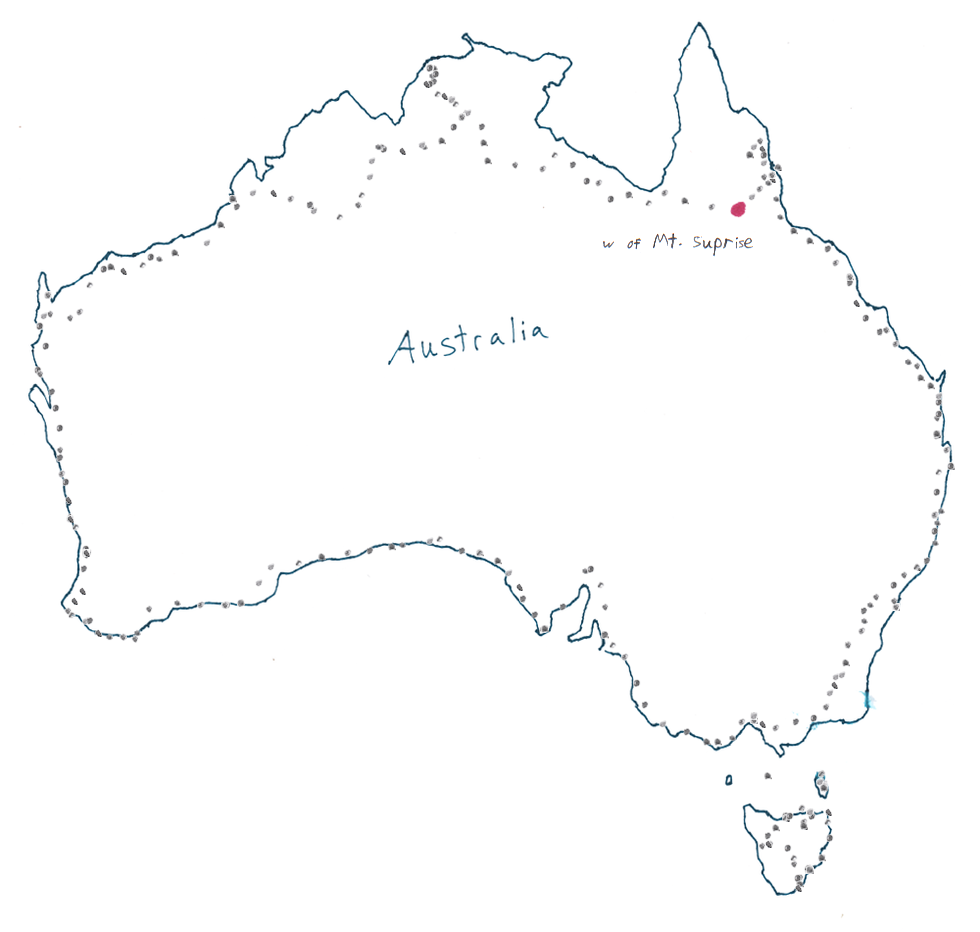 Today was pretty good, was my first time out in the open so to speak. Got up and got moving at the usual time...would have liked to have gone earlier but that is the way it is.

Rode along through the scrub listening to Richard Buckner and

Prince...what a combo. Came to a rest area and spent awhile there eating and talking to some of the people in caravans. One couple basically just had a giant bus, they had been on the road for three years and hadn't even been off the east coast yet.

Saw a dead snake on the road, but on closer inspection it's tail

moved...yikes! I mean, it was definetly climbing the stairway to heaven, but looks like the back half was still alive.

Reached Mt. Suprise around 2pm, got lunch there. Met an inquisitive kid who first stopped to tell me I was filling my water bottles up with bore water....the stuff I was raised on. Yup it tasted like crap, but so did the stuff I grew up with. Ended up going over to the auto garage to see about getting my broken rack bolt fixed. We got to talking and he said if

I did it he wouldn't charge me anything. I fixed the rack and bought a soda from him...nice guy.

Got a couple pics of me next to a road train in Mt. Suprise. These road trains are basically a a triple tractor trailer, usually hauling cattle. It was a little disgusting being next to the cattle trailer. Nothing but a constant mooing, pooping and peeing.

Had an excellent ride out of town until the early evening. Found a nice place to camp off the road. Actually am writing this a few days afterwards since I killed my laptop batteries the previous night when I loaded on a bunch of tunes onto my mp3 player, cdrom drive nukes the batteries pretty quick.