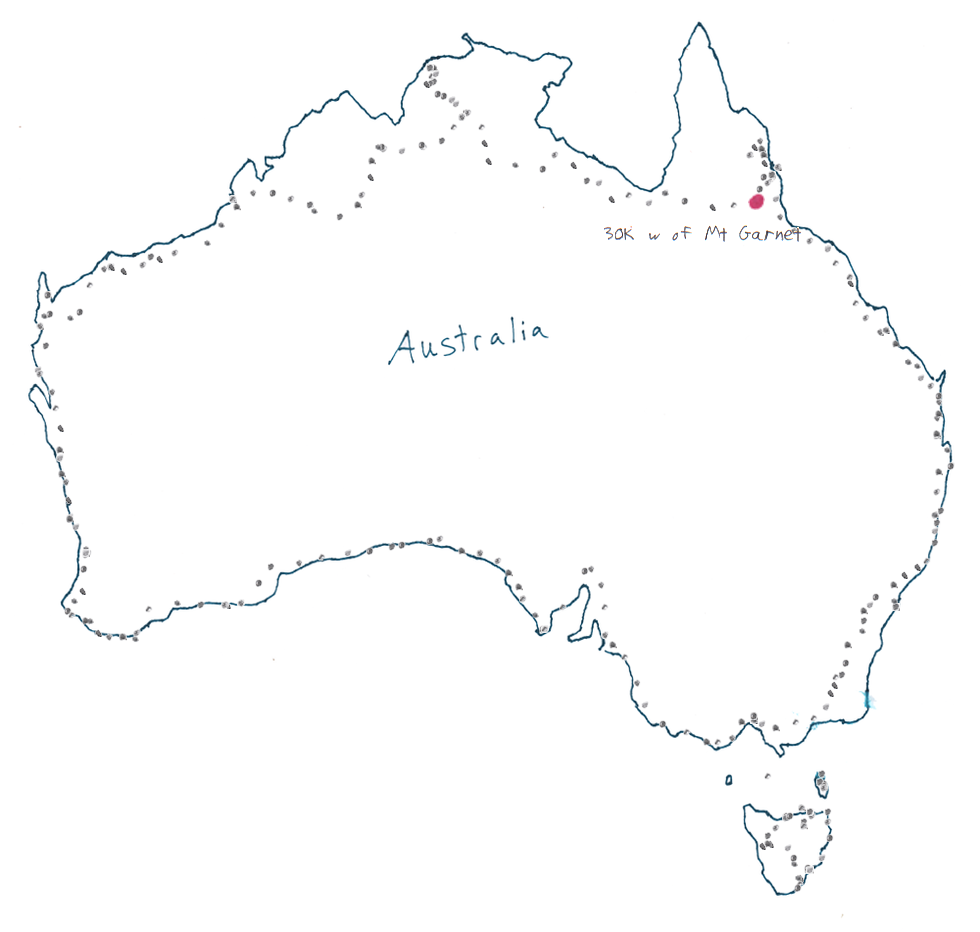 Didn't get as far as I planned today. Got up early, but it took a long while to get off the dirt road and back onto the pacement. It was still a pretty good drop, but a lot of up and downs. Was riding along and suddenly it got really hard to pedal. Turns out the bolt broke on my rear rack. Great, this will be today's broken part saga. Was able to get everything back together and moved on. Got to the paced road...figured that by taking the dirt road it put me about 1/2 a day behind. The rack kept rubbing a little and I let out a scream of frustration, tired of the bike falling apart. Just annoying more than anything.

Got to Innot Hot Springs which was basically a bar and a caravan park. A girl out front of the bar started talking to me and gave me a free beer. I waiting around for lunch to be served at noon. As I waiting I stripped the rack back off and beat the living crap out of it to bend it so it wouldn't hit my brake and/or tire.

Bar was pretty cool, I even got a clock picture there. Which I could have stayed since they were a nice bunch of people, but I wanted to keep moving on a little.

Got to Mt. Garnet, ran into a couple German guys in front of the tore who were touring. Talked to them a little and went in and bought some food. The store had a little bit of everything, food, sewing supplies, auto supplies...you name it.

The ride past Mt. Garnet was really nice, what I've been waiting for for a long long time....big stretches of nothing! Found a place to camp off the side of the road, would be nice if it could be like this every night.