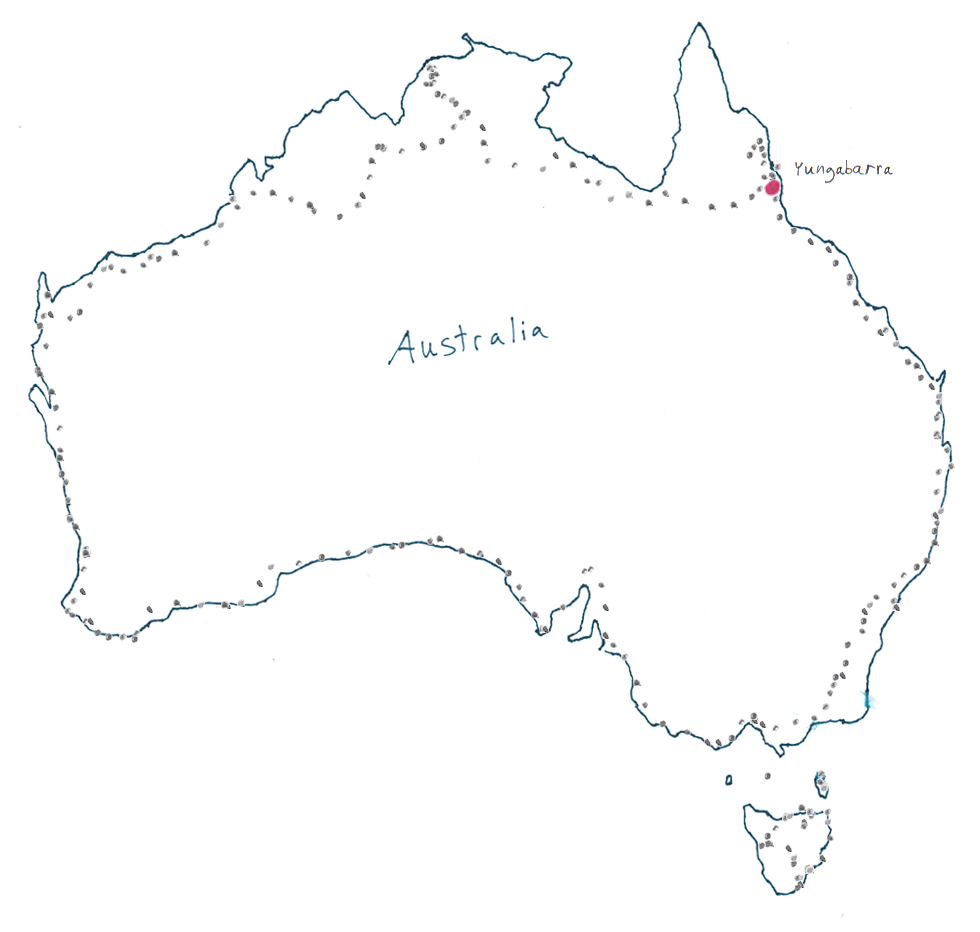 Went to pack this morning and as I was talking to Peter, noticed my rear tire was flat. "Argh!". I had changed into my smaller tires last night and was now being cursed with them. This didn't count as a flat though because I hadn't ridden the bike any.

Headed on a quick side trip to go see Maree street and then back to Peter's place. As I was packing I asked his girlfriend Karen about that "Am I ever going to see your face again?" song. She said that it was by this group called the Angels and the audience response to the chorus was "no way! get fucked! fuck off!" She said that at a school dance in the 10th grade they played that song and when the chorus came up, everyone in the audience screamed "their part". The lights came on and the school instructors sent everyone home.

Said goodbye to Peter and Karen and got out of town around 11:00am. A little south of town my front tire became flat. Argh Pt 2. Glass again. As I was fixing it a car pulled up, it was Peter and Karen. We chuckled a bit about the situation as I fixed the tire. Said goodbye again and headed south.

It was a nice ride through the countryside and on up the Gillies range. The Gillies is this mountain range that is about 900m, 2700 feet high, and about a 18k climb. It was a nice climb up the hill, I kept singing "no way! get fucked! fuck off!" to entertain myself up the mountain.

Eventually it leveled off and it started to rain pretty good. It was getting dark so I figured I'd just head to Yungabarra. Got there and went to the store. Bought a bunch of food. As I was paying for it the girl was trying to give me a deal on a whole roasted chicken, seems they had to many. I didn't want one despite the $3.50 US price. Headed towards the Caravan park and after a couple K of riding, got tired of waiting for it to appear. Found a park off to the left with this giant field. I went down the edge of the fence and discovered a little shelter. This worked out great since it was raining and I could stay dry. The shelter even came with a rusty hammer to fight off intruders...what a bonus.