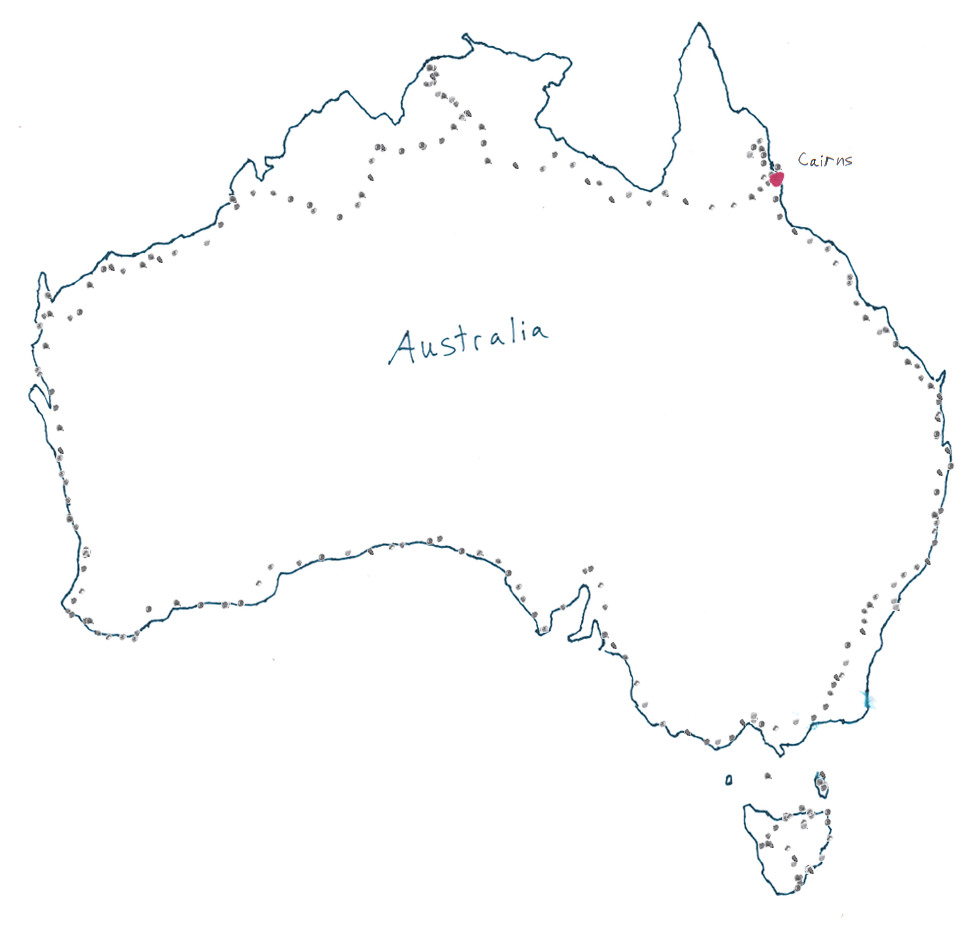 Was going to leave town today but it ended up being another errand day. Mailed a bunch of crap home, got my bike in working order (bike shop gave me the wrong chain), and did some internet...by then it was 6pm. Looks like I wasn't going to be riding anywhere today. On the way back to Peter's house I saw a small tour bus at a stoplight. There was Japanese writing on the side, along with a driver and a tour guide standing up inside talking into a microphone. The guide was flailing her arms all about as she described Cairns into the microphone. Upon closer inspection I realized there was just one passenger in the bus (taking notes).

After another couple hours of "doing stuff" I watched this great program on Rock and Roll in Australia. Turns out that song I heard everyone singing too at the Palmer River Roadhouse was a song called "Am I ever going to see your face again?". After the singer sings the chorus, everyone in the crowd yells...."heck no, fuck off!" or something like that. Pretty catchy.

Yup, leaving tomorrow for the big trip west. Oh yeah, found out today that there is going to be a total solar clipse down in South Australia about the time I'm going to be there, that should be pretty cool if I can see it.