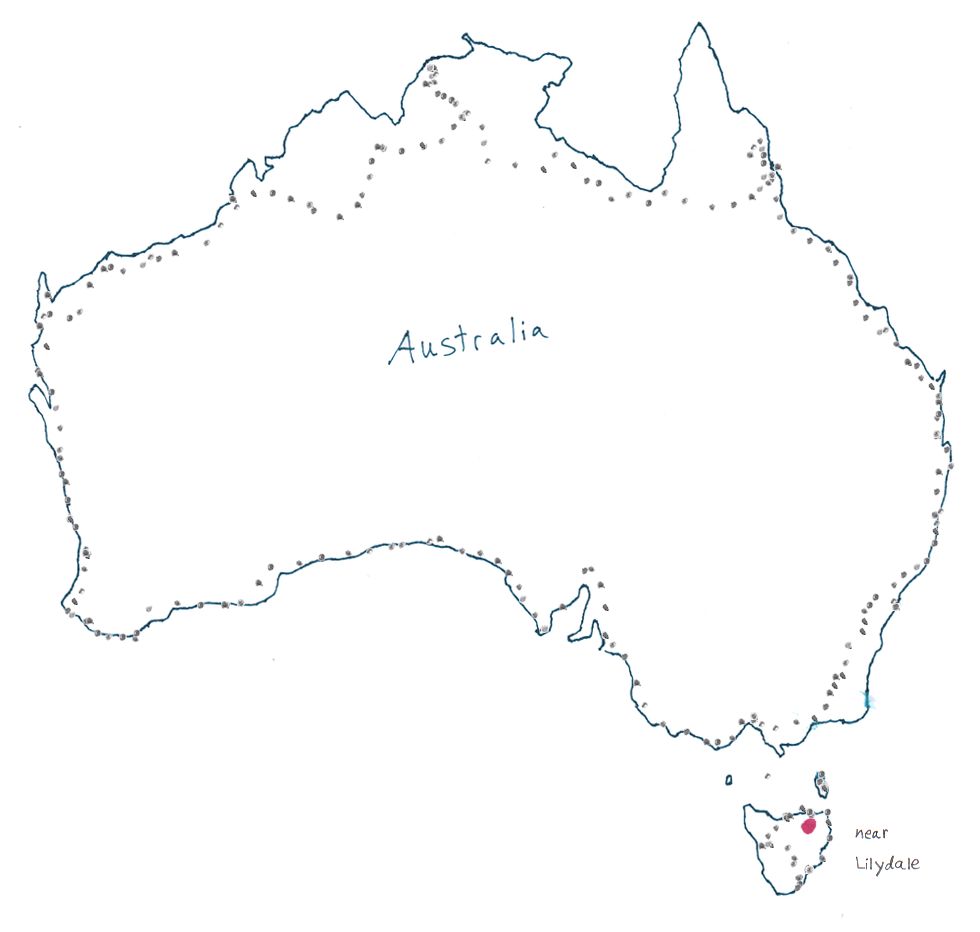 Didn't get out of Launceston until mid-afternoon. Contemplated staying another night but just headed out of town. Got lost in the suburbs for awhile. Ended up meeting this older couple out in the country and they invited me to stay at their house.