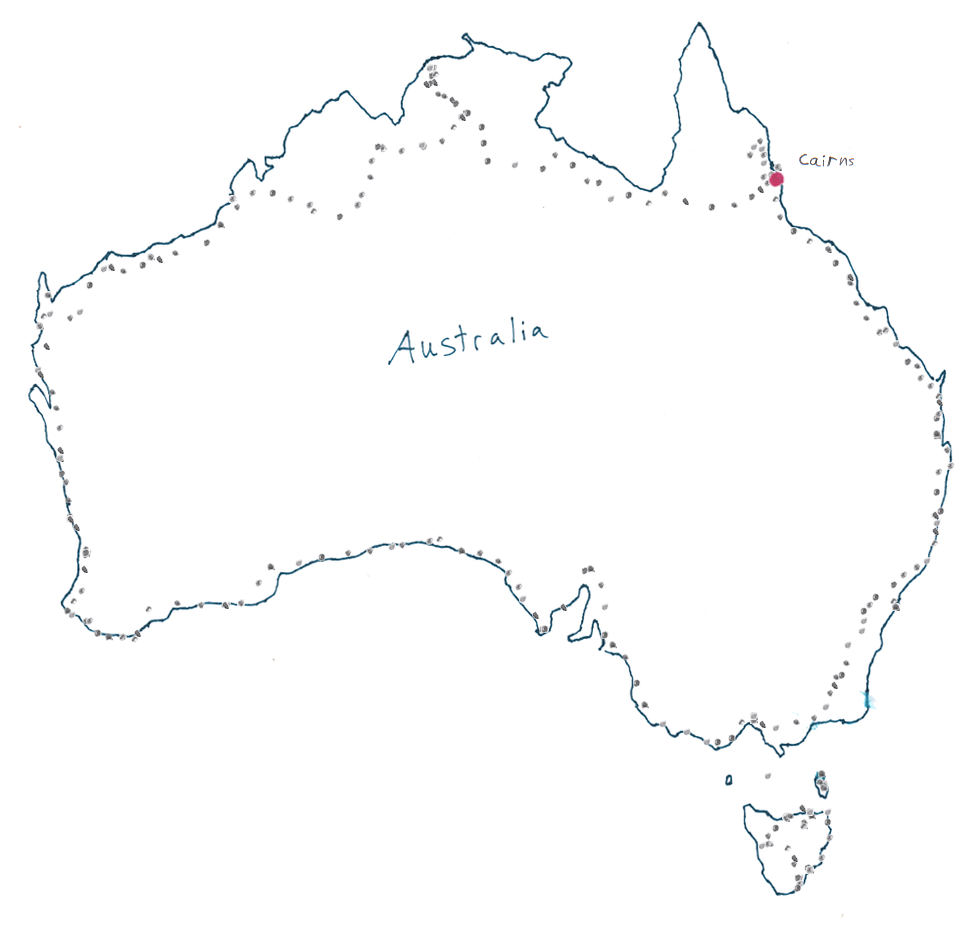 Spent the day working on the bike, got it all back together except one gear is acting funny...going to have to take it to the shop and see what is up. The rest of the day I spent just trying to get crap in order. Stuff to throw away, stuff to mail away. Stuff to hide in Peter's house so he will have to deal with it instead of me. (ha ha, just kidding Peter). Today is Dad's birthday his time...so I "rang him up" as they say and wish him happy birthday.

Peter, his Girlfriend Karen and I all went to a Thai restaurant for dinner. We stopped at the bottleshop beforehand to get some beer and wine for dinner. The guy at the counter couldn't figure out why we were buying Cascade beer...that there was much better stuff. I knew the only way to cut him back down to size was to just joke back and say "yeah...with the exception of VB it pretty much all tastes the same". He told me he was calling security.

After a yummy dinner we went down to the Esplanade for coffee and then headed home.