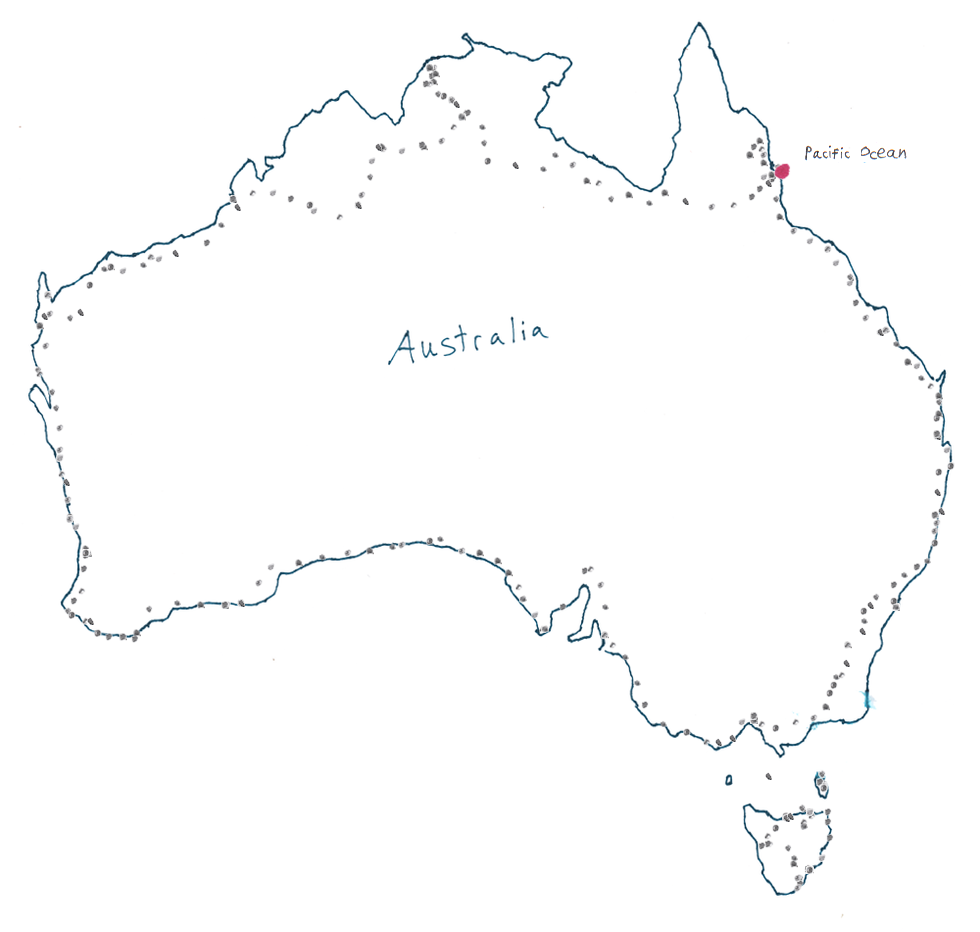 Today was our last day in the ocean. I was feeling a little unmotivated since I was so dang tired from not really sleeping the night before. The boat was rocking so hard that I was kind of sick in the morning, so it was hard to be motivated to get up and go diving having not really slept at all. Once in the water everything was good though. Saw a lot of big fish this time, took a lot of photos as usual. Ate lunch and that afteroon we headed back to Cairns...nobody threw up this time.

Had all kinds of goodies waiting for me in Cairns, my new CD burner for my laptop came to the hostel, and all my bike parts came in. Looks like I'm going ot have 27 gears now. Going to spend all tomorrow working on the bike and running errands.