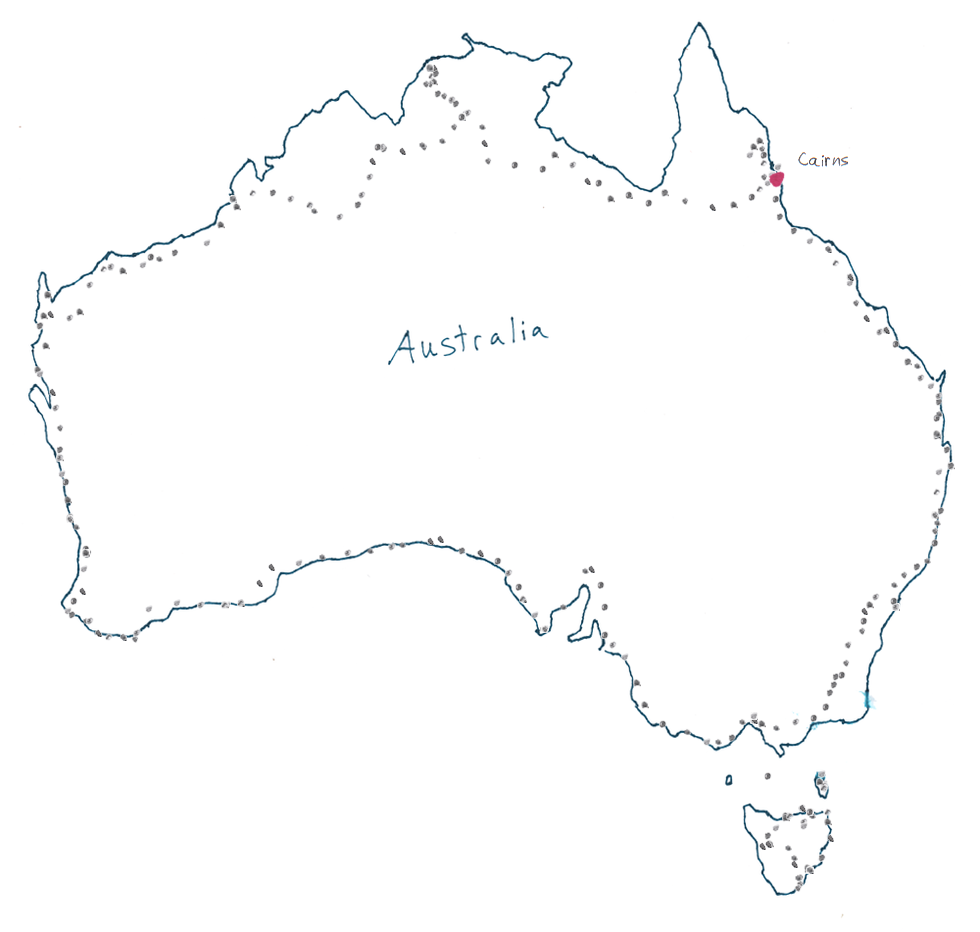 Hung around the tracks hostel today. The bike shop was cool about my rear wheel. They ended up giving me a different hub and rebuilt a new wheel around it. It was a lot less hassle than I thought it was going to be. I was all prepared for a big hassle, but they just said "what do you want us to do to fix it?" After I left the shop I noticed my shifter wasn't working. I dunno if they messed it up or if it was just going out. Went up to the other bikeshop and ended up ordering a smattering of bike parts. Looks like I'll have a whole new handlebar setup with an extra gear and v-brakes.

Called up Peter (who I met at the Palmer River Roadhouse) and made plans to stay at his place. Mr. Annoying Find Fault with Everything I do guy was at the hostel again. This time he wondered what was wrong with my laptop screen, couldn't figure out why I just didn't use one of the hostel computers, laughed and walked off. Geez he annoyed the hell out of me. Actually, I didn't mention him before. He was this guy staying at the hostel who kept getting on my case about everything I did. First he complained that I was always was doing something (well I am biking around Australia), then he couldn't figure out why I had such a small tent, then he couldn't figure out why I would carry a small tent to save weight, yet carry a laptop. I seem to meet one of these types of people every trip, though this guy was only about 1/10th as an asshole as that guy I met on the PCT. (Hi Bob!)

Biked to Peter's house in the evening. He had a spare bedroom and everything, so I got all settled in. Was kind of nice to have a quiet place to be grounded while I did my scuba class. (thanks again Peter!). That night we all watched "footy" (rugby) on the TV. Australia vs. New Zealand, was a pretty big game. Was a good game although I couln't figure out the rules. At one point a couple of streakers ran across the field during a timeout.