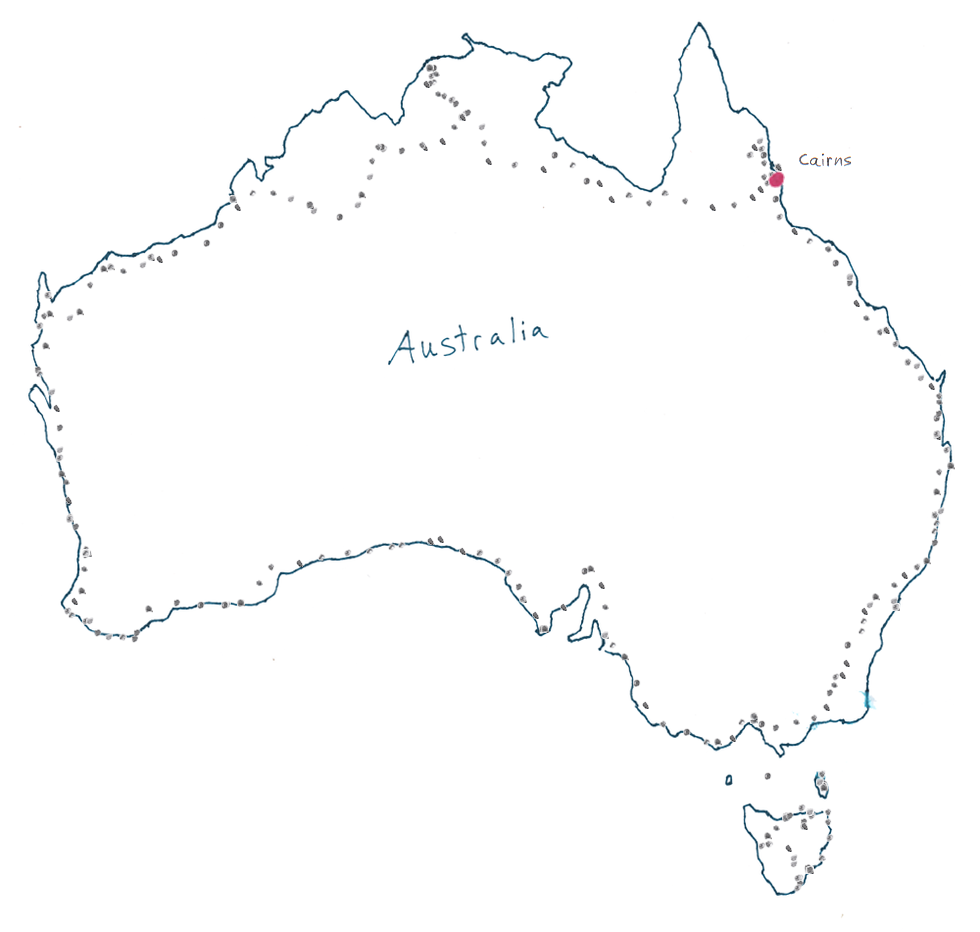 Today was a nice ride into Cairns. Feeling a little sluggish though due to my cold, so it seemed to be a long 78k into Cairns. Was nice to see the beach again. The road was a lot like the Pacific Coast Highway in the US, where the highway is right next to the beach. Saw a bush fire today right next to the road, that was pretty unusual. It was pretty hot riding around it. Don't know how it started. Time for a week of scuba diving! Hope my cold gets better.