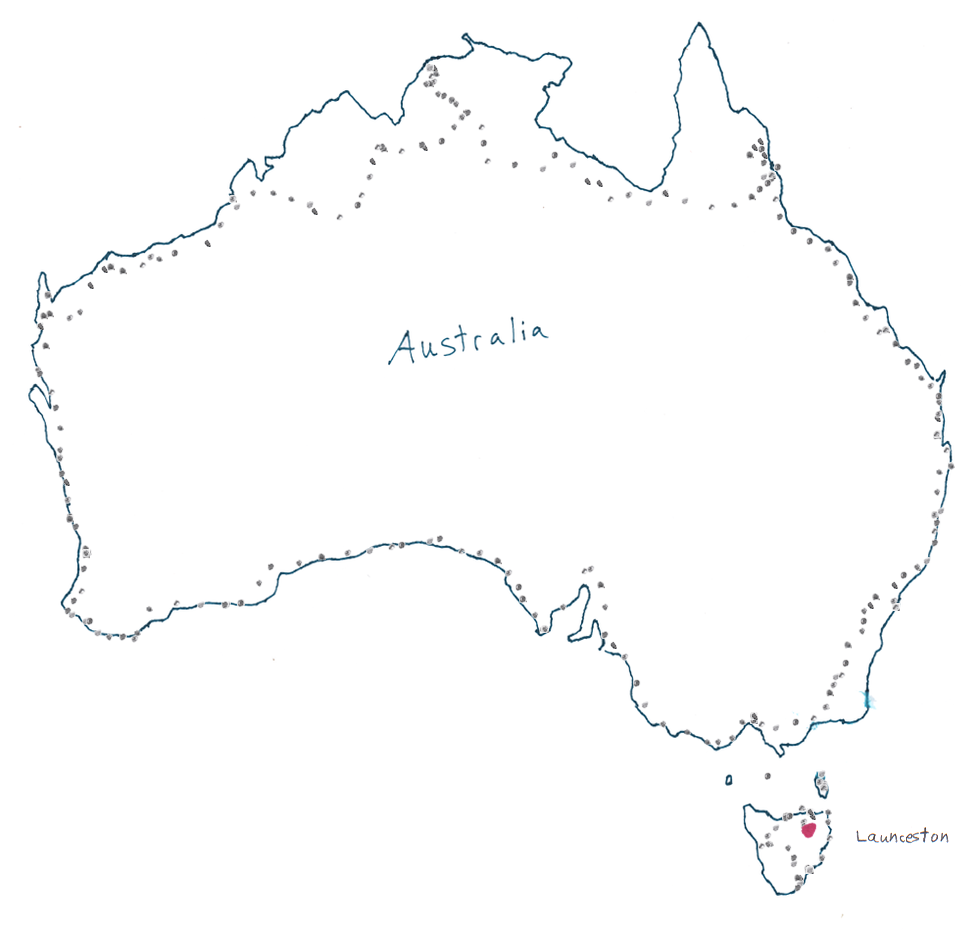 Spent the day in Launceston. Still doing trip preparation...can you belive it? Decided I want to go to Flinders Island so I can do that point on the confluence.org website. I'll bike north up to Bridport where I can catch a small ferry which goes to the island.