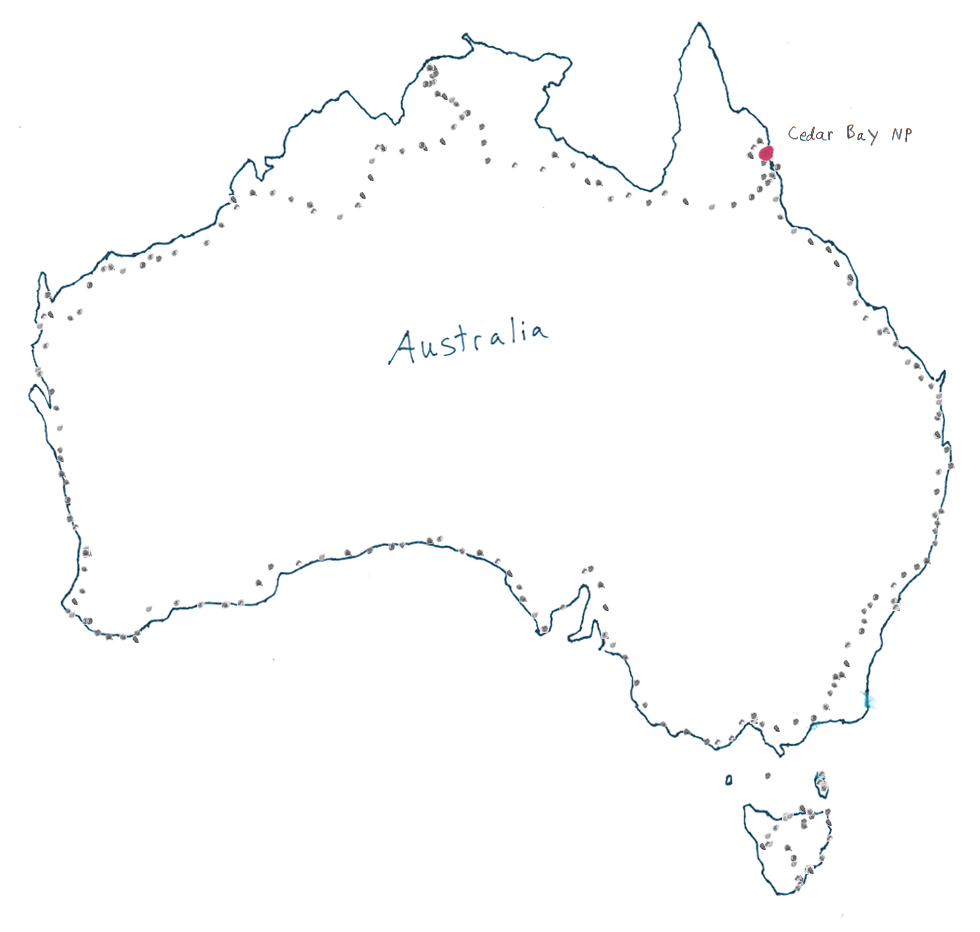 Took me awhile to get out of the hostel this morning. I finally met the resident birds of the hostel...climbing all over everywhere including my bike.

Met a woman in town who was biking around Australia with no real plan. She had her dog with her and a guitar in a soft case on her back. She said that the dog will ride on the back of the trailer most of the time now.

I got about 10k out of town and saw a guy fishing off the old bridge on the Annan River. I thought that would have made a great clock photo so I turned down there. As I slowed down I noticed that my rear wheel was making this horrible clunking noise. I got a little pissy about the bikeshop again, I'm definetly making them give me a different hub, I don't even want to look at this damn one anymore. Got out to the pier, then discovered my camera was acting funny. Argh, getting sick of technology. Ended up not getting the clock photo because the guy left before I could ask him.

Got pretty close to the Black Mountians and realized that the same songs I was listening to were on again, just in the other direction. I stopped to fill up my Camelback and saw a guy on a bike headed my way. Ended up talking with him for a good 45 minutes, we had a lot in common. (Hi Chris!). He is biking around Australia also. Turns out we both had ridden with Mira from Chezk awhile back...what a small world. He seemed pretty stoked on the idea of riding through the Kimberley in NW Australia. Maybe we can meet up for that. He said he had seen a wild pig and a python in the rainforest the day earlier.

GPassed the junction and onto the dirt road. At least the wind was blowing a bit so when cars would go past the dust wouldn't hang around long. Stopped at the famous 128 year old Lions Den pub. All the licensesees have been women. The pub had writing all over the walls along with a "no camcorders or cameras". I'll admit it probably would get a bit annoying with people taking pictures and videos of the inside of your bar all the time. Stopped in Rossville for a quick snack and then reached Cedar Bay NP. The road was kind of cool through the park and the woods beyond the road were a thick rainforest. I eventually found a turnoff into the forest and found a place to camp. I keep hearing things running all over the place around me...which I knew what all the critters were.