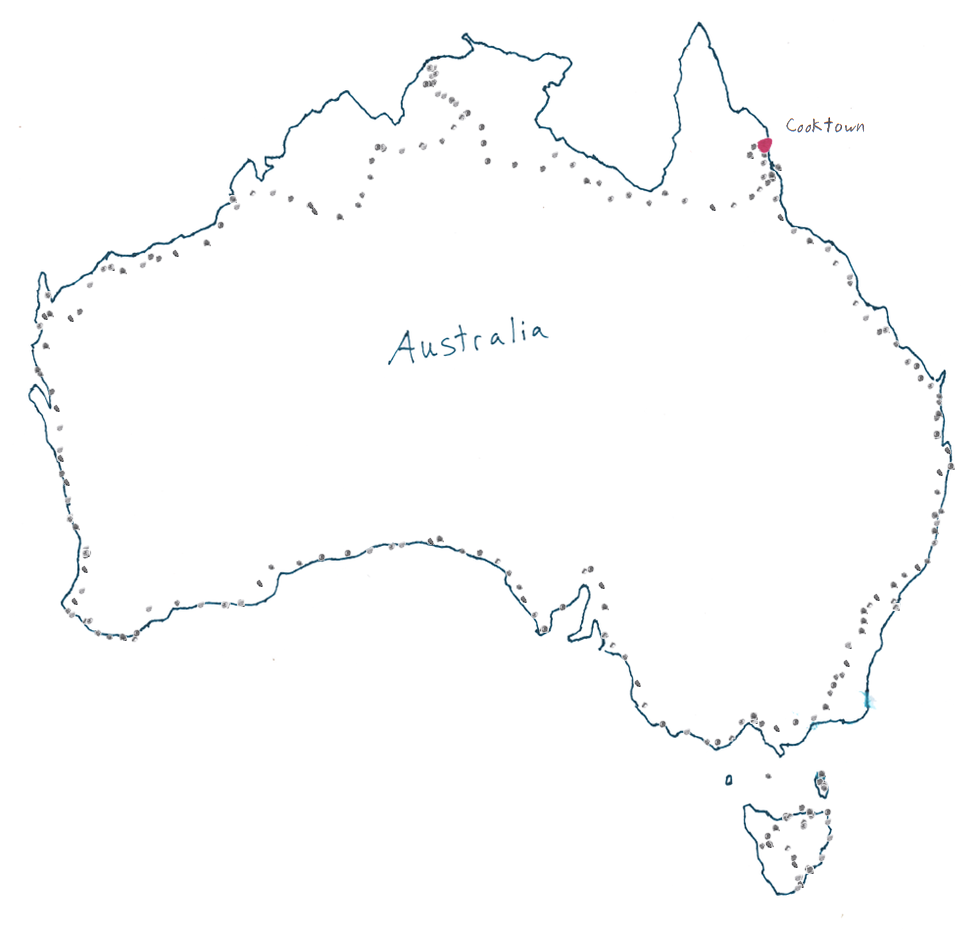 Had a nice ride over the gravel road until I got to the junction with the coastal 4x4 road, where the road to Cooktown turned to pavement. I kind of like riding on the gravel roads, gives you a greater feeling of being in the middle of nowhere...though it is quite dusty.

Passed Black Mountain. It is this area of mountains with large black volcanic rocks...similar ot the area around Mt. Hood in Oregon. Apparently people try climbing the mountain and get lost in the labrinth of rocks and such. Pilots also report odd thermals around the area.

Rolled into Cooktown with little personal fanfare. This was as far north as I was heading up this end of the gulf and I'd seen this town on the map long before I left. Everything kind of happens so fast it is hard to abosorb it all.

Went and checked into the hostel and then went to the James Cook museum. They had all kinds of interesting exhibts there, including the anchor and a canon from his ship. Apparently back in the 1700's, they hit a reef. To save the ship Mr. Cook ordered all the heavy stuff thrown overboard, including the canons. They found the canons in 1969.

There were a few other memmorials around the town. One had a thing about how there was this telegram to Brisbane requsting a supply of men, officers, and ammunition to fight the coming Russian invasion. An officer, a conon, and three canonballs were sent. Oh dear.

Got back to the hostel and a local guy who worked at the ice factory popped in...looking to play a game of pool with someone. I played and won...just barely. He wanted to see some pictures of the US so I showed him a bunch that were on my laptop. He was amazed by Mt. Adams.

Tomorrow I head back down the rough coastal road to Cairns.