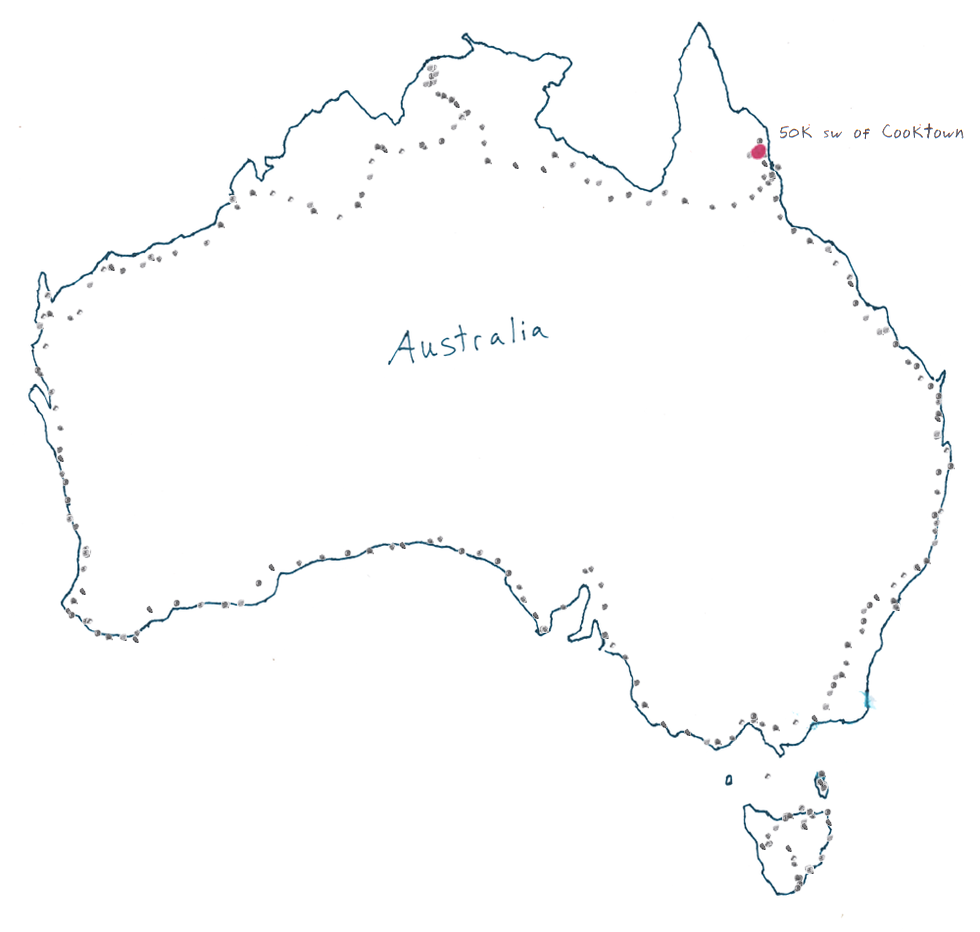 I woke up around 9am and serveral people were up and about cleaning. I didn't get a lot of sleep until I went and slept in a different room, since the music was blaring quite loud. Apparently some people didn't even go to bed. I was way to tired for any of that, kind of a bummer caues that would have been fun. I helped pick stuff up and break down beer boxes...had to have gone through about 30-40 cases of beer. Looks like nobody likes VB, cause that is all that was left. I hung around for awhile getting stuff ready for biking, ended up on dish duty in the kitchen for awhile.

This morning the most repeating song was the Eason/Rogers duet of "we've got tonight"...argh.

I bid goodbye to everyone and left around noon. Had to even take off my cycling glove before I could shake hands with one guy...I think he was being funny. What a good (and unexpected) stopover the last few days were. The ride up to Lakeland varied between sunny and rain. At Lakeland I debated about putting on my large tires but didn't...figured I'd wait and see how the road is. I did bike a bit to the west on the road that goes up to the northern most point in mainland Australia. It was pavement for awhile so I turned around after a few minutes and started to head towards Cooktown.

The road was a bit rough so I eventually stopped and put on my big 38c tires. They worked out pretty good and I was able to clip along at a pretty good pace on the road. The dust was a little bad but what can you do. These dang seagullish type birds kept flying overhead making this horrible grating noise that made my head hurt. I rode to about 6:00pm and found a place to camp in the bush. As I was taking some stuff our I realized the zipper had came open on my messenger bag. I checked to see if anything was missing and four of my new batteries in the tube were missing. I kind of made a noise that sounded like "argh!" and decided to go look for them in the remaining minutes of daylight.

I biked about 6k down the road. By then it was dark and I had to get off the road everytime a car was coming. After they would pass, it was really hard to ride since the dust was reflecting in the beam of my headlamp pretty bad...much like driving a car at night in a heavy snowstorm. All of the sudden for some reason I don't know, I just got the urge to stop and turn around. After I turned around I stopped a bit to decide if I should keep looking or not. I glanced down at my feet and here were four little black lines in the thick dust. Turns out someone had ran over the red case (what I was looking for) and smashed it. Had I not stopped at that exact spot I never would have found the batteries. Weird. A couple are still usable though. I got back to where I had left the road to set up camp. Good thing I set a waypoint on the GPS, because it was really hard to find your way in the bush, even with a headlamp...the GPS lead me right to my stuff. Made dinner and while I was eating it, I glanced up at the sky. I saw the sky light up with this eerie green for awhile. I looked to see if a car was coming, but this was way too bright. Just then I saw a huge meteor coming down towards the horizon with a big firey ball in the center. It fizzled out and is probably on Ebay by now.

Going to Cooktown tomorrow an take the day off there, then back down to Cairns.