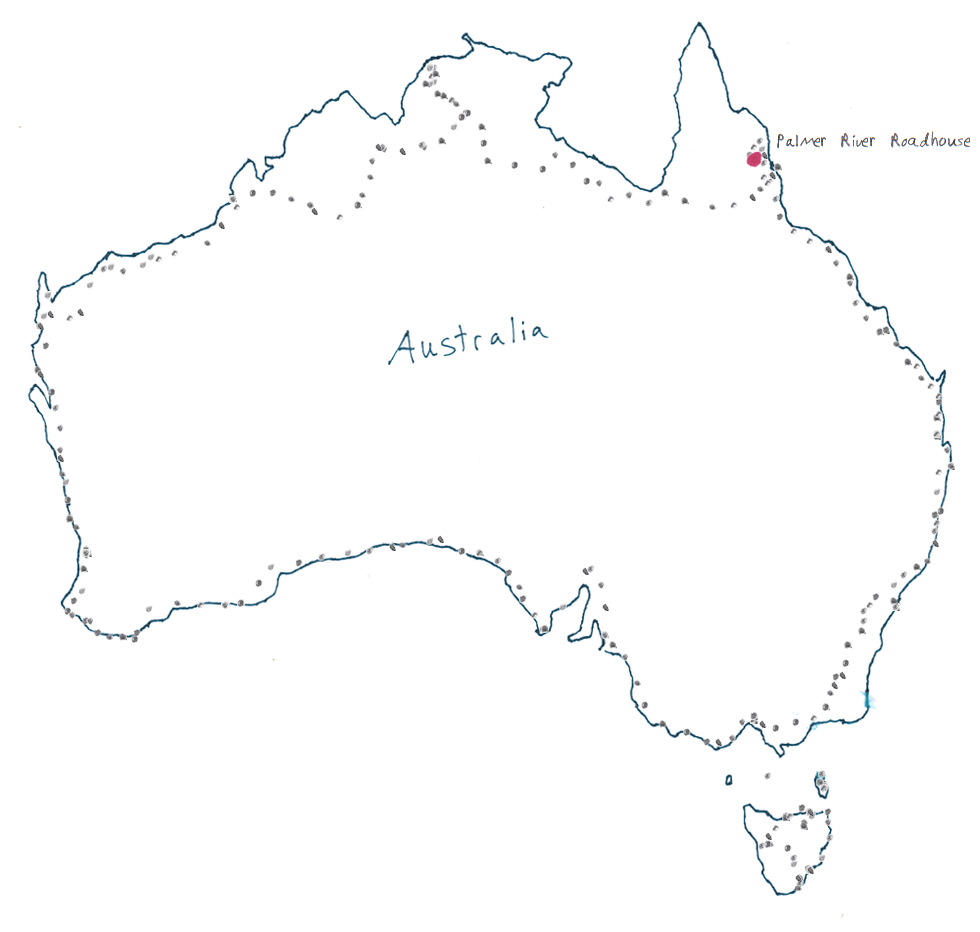 Got up today and was put to work pretty fast. They wanted me to whip up some breakfast for the five of us. Some customers came and ordered food in just as I was finishing the breakfasts. The kitchen was a bit of mayhem since nobody really knew where anything was.

Spent the rest of the afternoon doing my required task of setting up the computer and moving furniture. Around 6pm Kevin found me outside and asked if I could make some about 10 teas for everyone. I thought it was an odd request but I still got everything set up. Kevin walked into the kitchen a bit later and said "no...steaks! T-Bone steaks...'T's'... what do you call them in the States?" "Steaks" I replied. Ended up being hamburgers that I had to cook...because then I could bust out my long lost burger skills from 10 years ago when I worked at the Red Robin. It was funny how I never really forgot it. I had to cook for about ten people so there was a lot to do. It was actually just like the restaurant in that I had a zillion things going on at once and started delegating orders out to the owners (e.g. "figure out how to get the damn stove working... need to keep stuff warm!"). After probably the busiest hour I've had in the last six months, I had everything done. Everyone liked the food and said "not bad for a Yank"...that was pretty cool.

Sounds like tomorrow is going to be quite an event...glad I'm sticking around. Went out by the fire, a couple of guys were talking about common experiences with their past wives..."second one did that...yeah, my third one did that!", it was pretty cool.