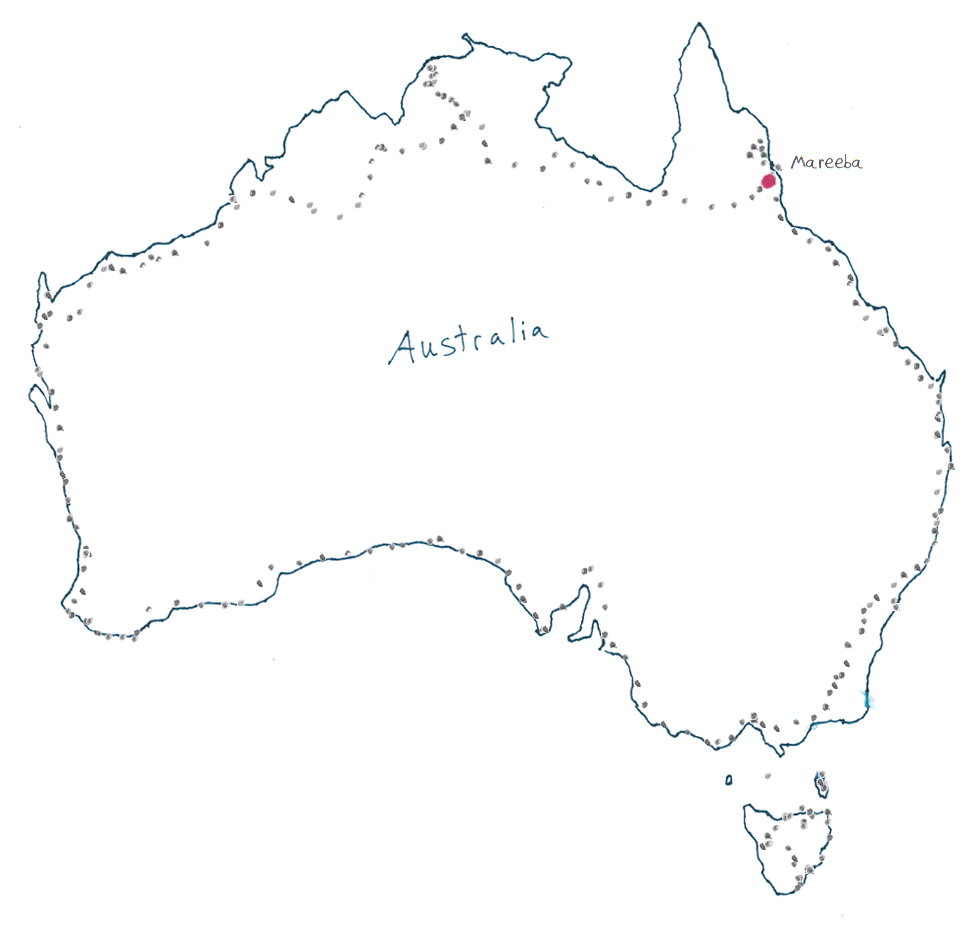 Kinda piddled around all morning since my wheel wasn't going to be ready till around 1pm. Got my new wheel with an XT hub, nice and smooth! I popped the cassette and put it on the new wheel and was gone awhile later. Didn't really have anyone to say goodbye to at the hostel other than the people who worked there. I spent too much time running around trying to get stuff done so I never really met anyone staying at the hostel.

I carried my old wheel with me for awhile until I could find a dumpster. Eventually found some garbage cans and leaned it up against them since it wouldn't fit. I actually felt really bad in a sentimental sort of way, with just leaving the wheel behind...almost like deciding that the family dog isn't good anymore and turning it loose. I had ridden on that wheel from Canada to Mexico and 6,500k of this trip so far and now I was dumping it. I think its feelings were hurt.

Had to climb a major hill (1500 feet or so) on the way to Mareeba. Other than that it was a pretty ordinary ride. Got to Mareeba just as the sun was going down and the full moon was coming up. I remember during the last full moon was when I rode up the beach at 3am. Went to the grocery store and when I came out I heard Joan Jett's "I love rock and roll" coming from a car stereo. It sounded a bit different though. Turns out it was Brittney Spears singing it...along with two 12 year old girls. I think this was my first account of seeing an actualy B. Spears fan live and in person.

Looks like I should hopefully be in Cooktown on Friday night...going to be an interesting ride