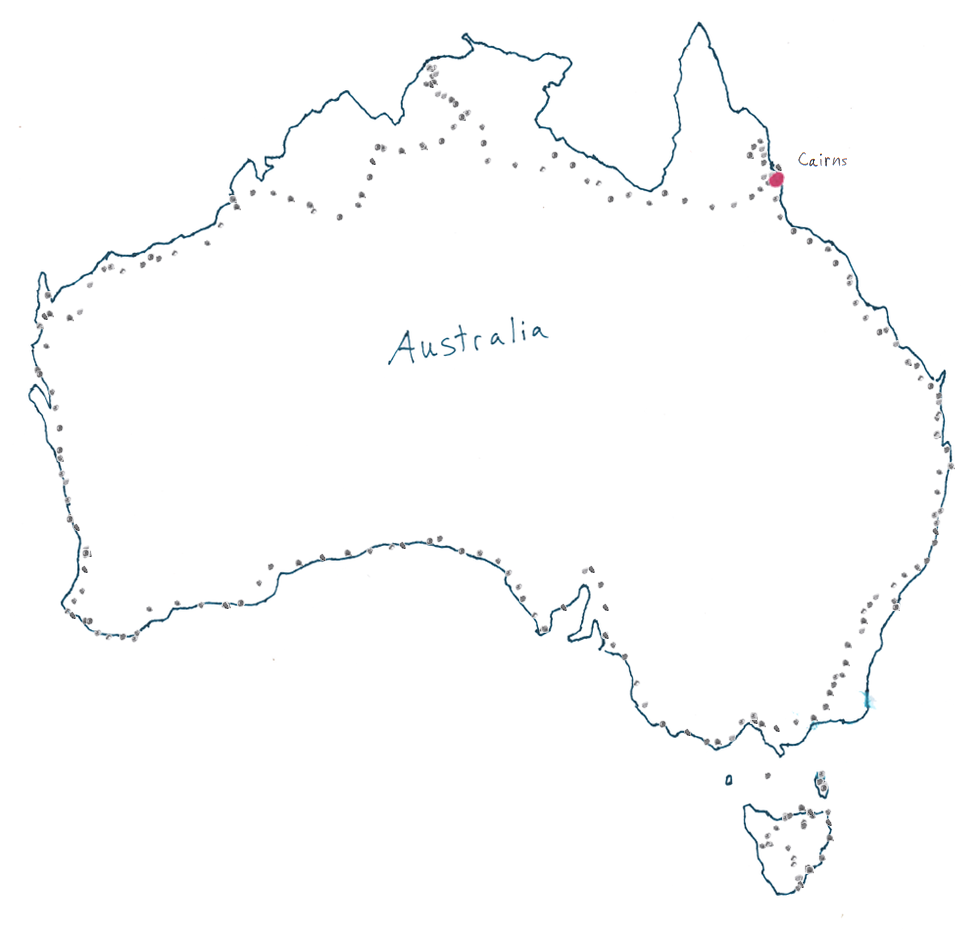 relaxing day in Cairns, then I discovered my rear wheel rim is broken! Now I gotta wait till tomorrow afternoon for a new one...