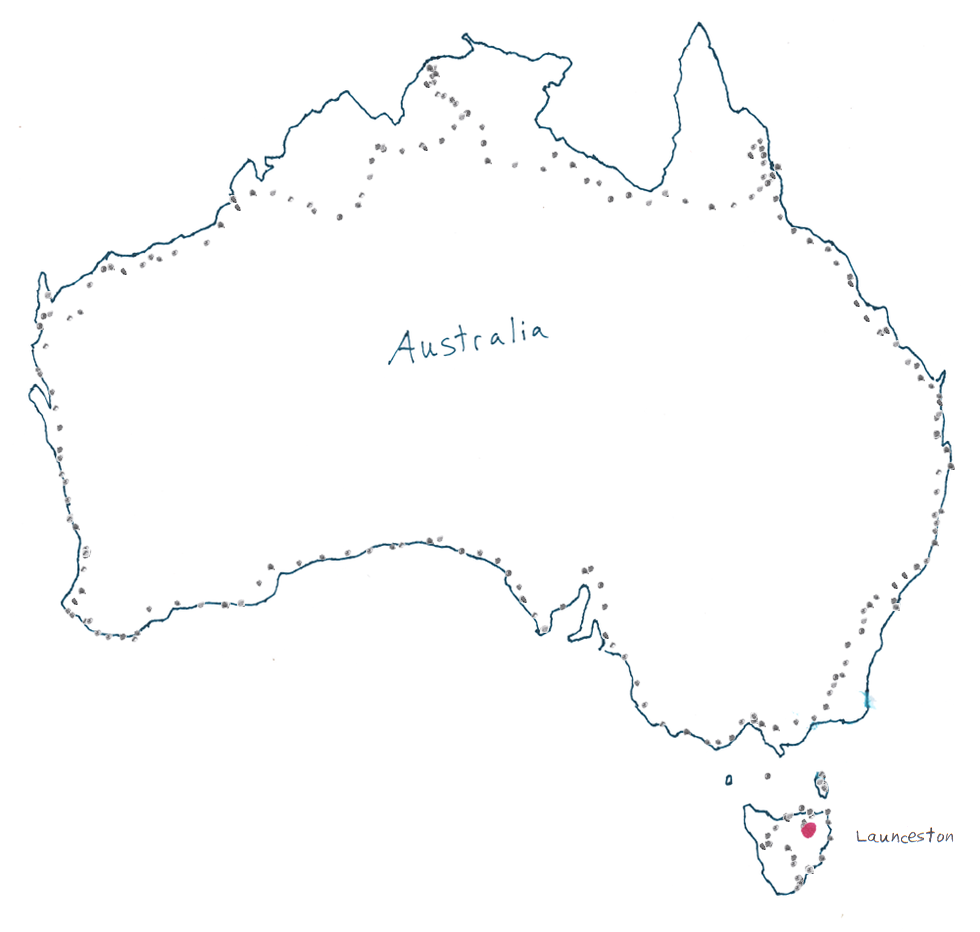 Today was technically the first day of the biking trip. Saw two things I'd never see biking in the United States...dead Tiger snakes (very poisonous) and fields of poppies. Tasmania and Turkey are the only two places they are grown legally in the world.