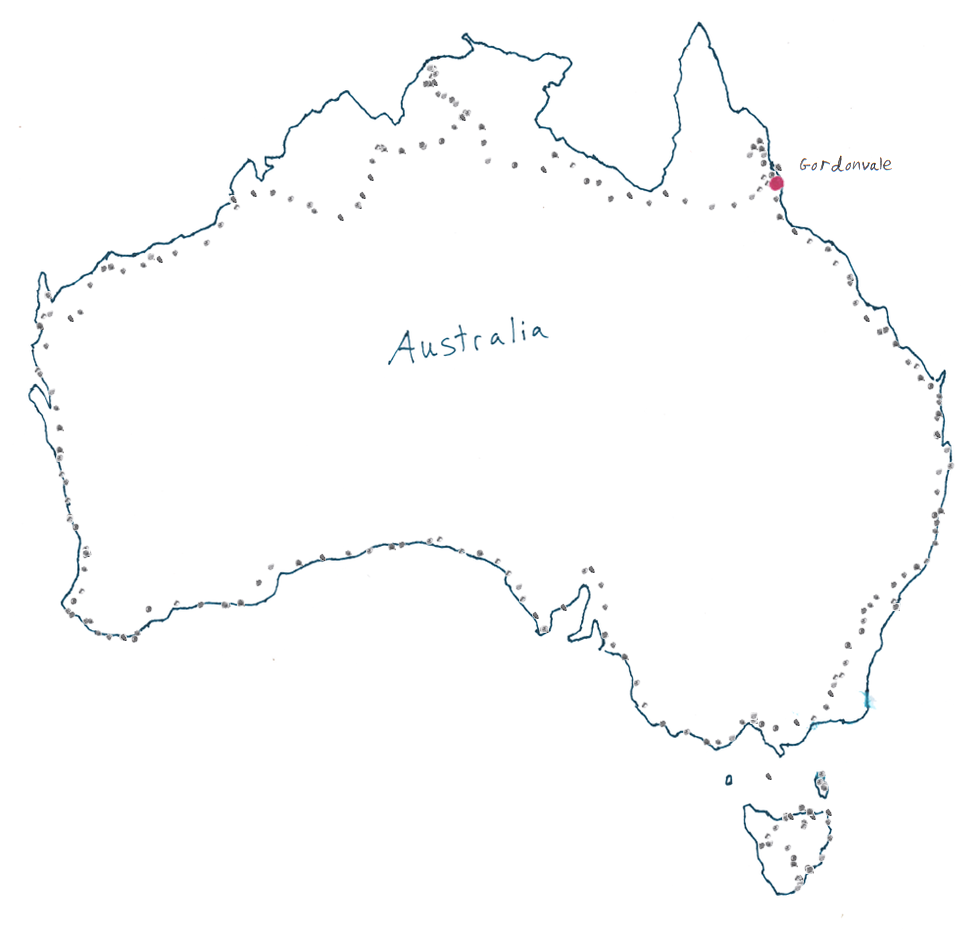 Must have got about 1.234 hours of sleep last night. The hostel was pretty rowdy. Not that I'm not into that sort of thing, but after riding all day and then chasing the night down with umpteen beers, I was pretty tired. The rest of the people from the hostel slowly filed in throughout the night...making all kinds of noise in the process. A bunch of girls outside were singing all the hits of the Beatles, etc. Well, they were just singing the choruses of all the songs, they didn't know any of the verses. "Can't buy me looooovee, can't buy me looooveeee...da da da da da da can't buy me looo hove"

I didn't get out of the hostel until about 10am.

Was tired and a bit hungover so my motivation wasn't running to high. Couldn't find any decent tunes on the radio to help matters out. Got to Innisfail and stopped at the park for lunch. There were some dodgy guys at the table near me...eventually they yelled over to me asking me where I was going . I went over and talked to them. They were all pretty drunk and both of them were having conversations with me at the same time, each unaware of their friend's conversation with me. A third guy showed up after a McDonalds run. He was all pissed off about the

"cashier stunt" (well, not stunt, but the word he used rhymes with it). I wish I could have had a recording of their conversation, I was trying to not bust out laughing. It kept jumping from unwanted lettuce on the burger to stolen car stereos.

Rode the rest of the day and got into Gordonvale close to dark. Went to the grocery store and got food and asked about caravan parks. Turns out there wasn't any in town. Just as I was getting to my bike outside, a couple guys pulled up on bikes...then I realized that they were touring. Turns out they were camping near a farmers field a little bit away, so I decided to join them for the night. They were from Austraia, had gone on the Trans-Siberian railway to SE Asia and then through Thailand and Laos to Darwin. Then drove from Darwin to Cairns. Anyway, we biked out through the sugarcane fields to this patch of flat grass near the city sewer. At least we were upwind. Had a nice talk with them during dinner and we all turned in since it started raining.