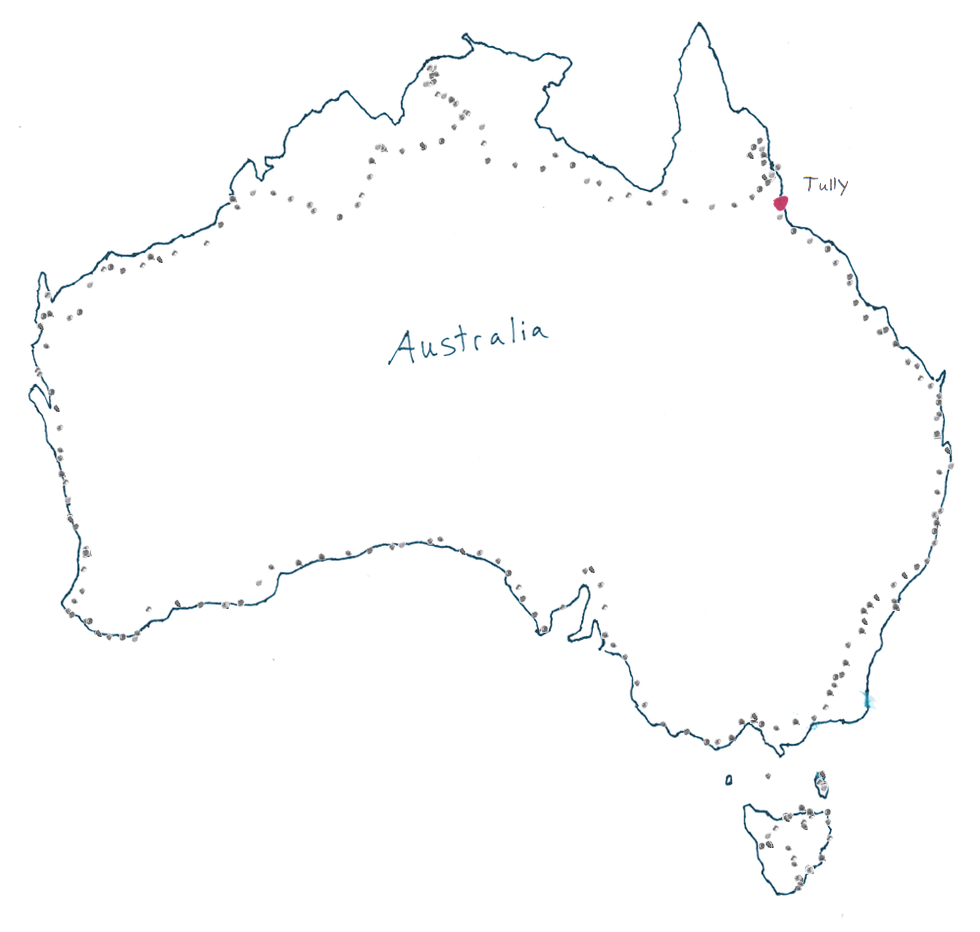 Post office didn't open till 9am so I farted around a good deal in the morning. Mailed off three of my laptop batteries...tired of carrying them around when I wasn't using them. Bike is a good six pounds lighter now, yay! Went to do a couple quick emails and that turned into two hours. I didn't get out of town until noon so I figured today might only be a half day.

Actually had a hill to climb a elittle bit out of town, almost forgot what the heck they were. Upon reaching the top there was this little viewpoint area. A couple was there with a large caravan in tow. The woman came over and started talking to me and her husband soon joined us. He invited me for some coffee which I took them up on. As we were standing there this car pulled up a little behind us and everyone got out. One of the people was this kinda sexy bimbo girl. As I was talking to the guy and his wife, he said "what you really need is to bring something like that with you on your trip". I instantly picked up on what he was saying and just said "yeah, I kind of just came to that same conclusion a couple seconds ago myself". We both chuckled about that.

Got sick of listening to the radio so I fired up the MP3 player, put on the Stooges "Raw Power". After "Search and Destroy" was done, I realized I was going about 10 k/hr faster than normal. One car passed me and someone screamed at me...jerk. Another car passed me and a girl leaned out and gave me a big wave...that was cool.

I reached Cardwell and decided to take a break and press onward. It is now getting dark around 6:15pm which is nice, plus I had a nice tailwind so I figured I'd be able to get to Tully before dark. Got into Tully and it was starting to rain pretty hard. Tully and Innisfall are the two wettest towns in Australia...sure enough it was raining. Found a backpackers place and figured I'd stay there since it was Friday night. The backpackers place was mostly setup for kids working the banana harvest. The room I had smelled pretty bad and there wasn't much floorspace since there was stuff everywhere. I was kinda having second thoughts until everyone poured in a few minutes later. Everyone said hello and asked all about my trip. We all went to the bar and they had a bunch of coupons for pitchers of beer, so we drank a lot of it. I was the oldest of the group, the next youngest was about 24 I think...and I got into a very deep discussion of Guns & Roses' "Appetite for Destruction" album, that was nice.