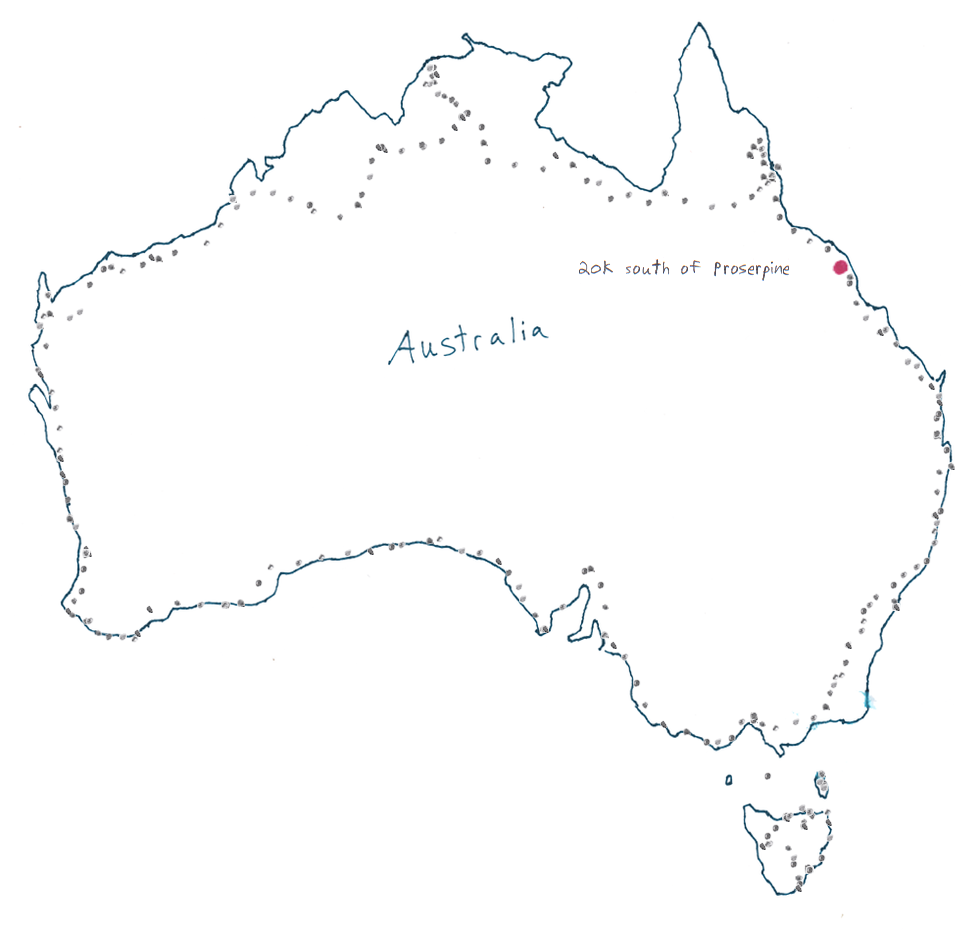 Farted around the hostel and then went to Ron's bike shop and did some Internet. Said goodbye to Ron (thanks again Ron!) and headed out of town.

Stopped at a little store a few K out of town. There were three kids out front at the picnic table. Their car was blasting out dance music incredibly loud. From the streets of Miami, Florida to the Sugarcane fields near Mackay Australia, kids like their music loud and obnoxious.

Actually met two people bike touring heading south. The first I had seen in several months. Awhile later I was riding and one came up from behind me. He was named Mira from Czechoslovakia. We ended up riding together and stopped at a Caravan Park about 20k south of Proserpine.