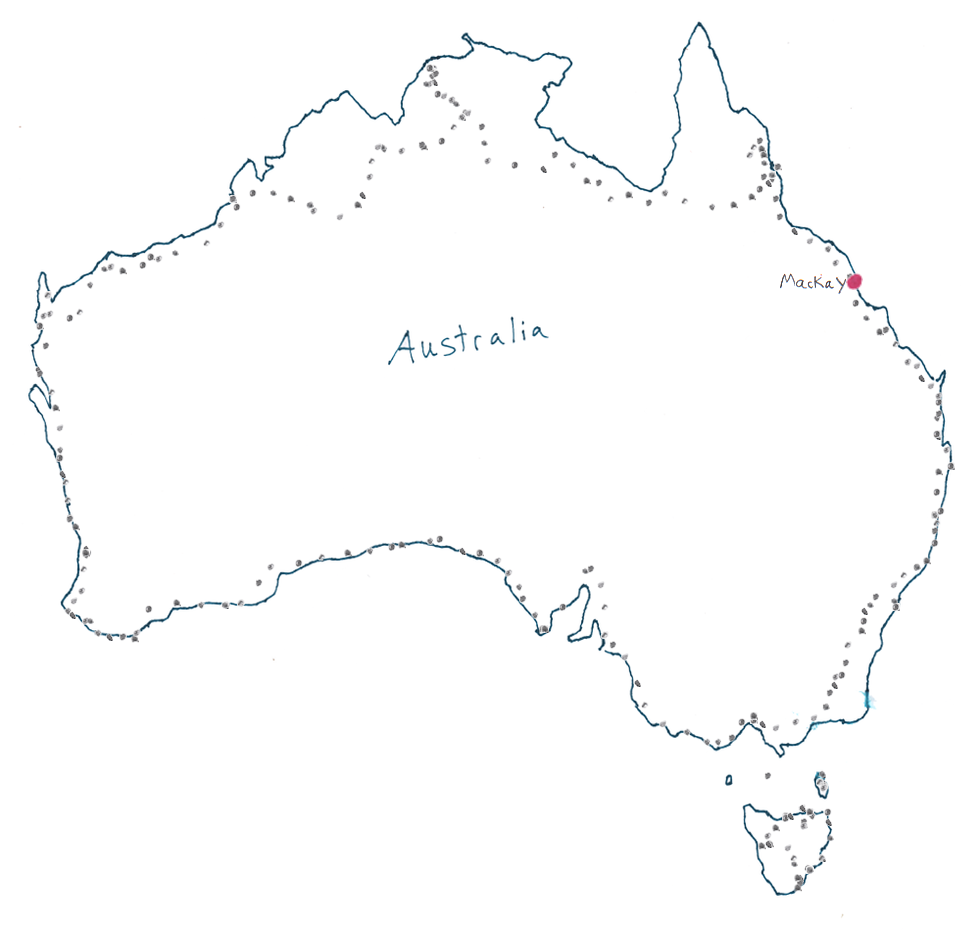 The bike was sick so I decided to take the day off and fix it. Went back to Ron's Rock & Road bikes. I told him that if he just served beer and provided accomodation, he would have about everything I'd need in a town. (Beer, place to stay, fast internet connection, and a bike shop with all the tools). Overhauled the front hub and put in a new bottom bracket. Looks like that ride on Rainbow Beach did some nice work to both. Sand everywhere. I got a clock picture of Ron in front of his signboard out front. He left the sign there and people kept wondering what the heck the "11:30" was for.

Spent the night around the hostel adding stuff to the travel site so you all can read it. George Bush was on the TV, talking about how corporations need to be responsible and was having the hardest time lying or whatever he was doing. There was something a little unnerving about seeing an entire group of 20 people from other nations all laughing their butts off at your president.