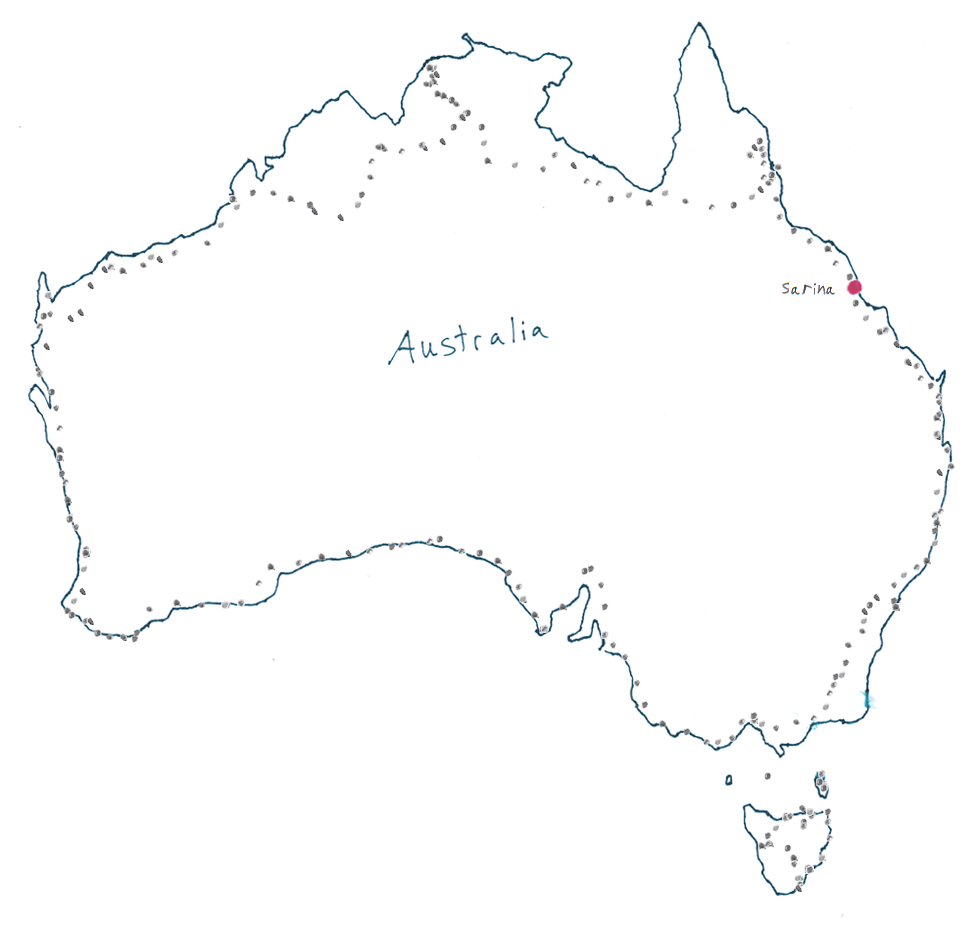 Had a rough nights sleep because a nearby dog kept barking all night long. I got up early at least. Ordered a big fat hamburger for breakfast. Yes, I had to eat meat...don't like to...but non-meat food is hard to come buy down here. The burgers were about the same size as the ones at Miners in Yakima, WA. Talked to the woman who worked there...she had been to Graceland, cried when she saw it. Also talked to a guy from Brisbane. They were trying to get going before the caravaners got out on the road. Seems they don't like people coming up from down south too much during the winter.

Kangaroos were bouncing around in the field across the highway...I'm told they are referred to as a "mob".

Had a tailwind for a good chunk of the day and rode pretty hard. Passed several constuction vehicles thoughout the day, everyone giving a friendly wave. Several cars passing also waved.

Radio reception came back in and I picked up the Spice Girls' "wannabe". Was actually kind of fun to sing along as I biked at a lot faster pace than normal. Reminded me of the time with Peter when we started singing that somewhere at a restaurant and the girl at the counter looked at us like "that song is sooo three years ago".

Got into Sarina and decided to end the day here. I could have gone on to Mackay, but decided there was no reason to since I'd be taking the day off there. The guy at the visitors center made me tea. I looked at maps there and am getting kind of excited to bike across the top under the Gulf. On the way back from the store I heard a noise and didn't think much of it...turns out it was one of my grocery sacks falling off. I went back later and got it sans apple (see below). Met a couple at the caravan park and he offered me a beer....he liked my joke about the grasshopper named Steve.