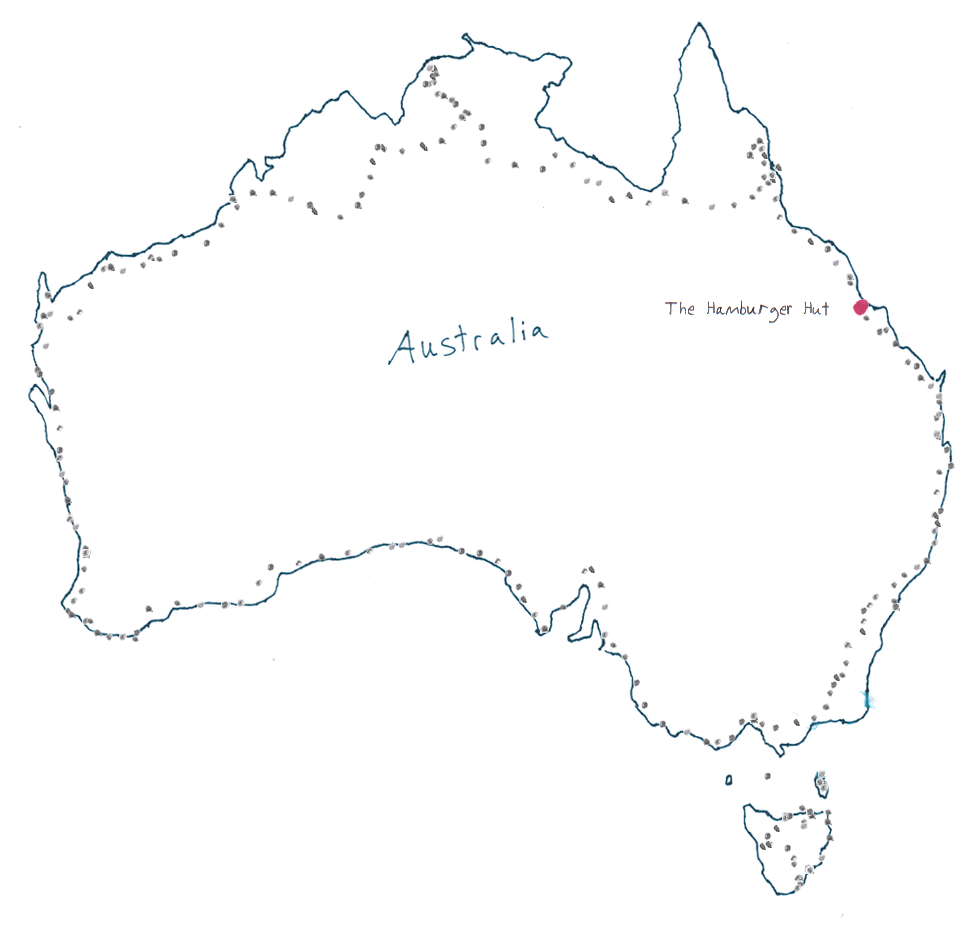 Spent a chunk of the morning reading up on the Gulf Track up north, looks like that might be a fun alternative to the highway.

Swung by the grocery store since there wasn't any food for the next 100k. A guy there told me to swing through Ogmore. It adds about 12k to the ride, but it is a nice dirt road off the highway.

On the road to Ogmore I saw the first to two cars I'd see for that stretch of road. The guy was slowing down so I stopped. The first words out of his mouth were "You are going the wrong way!" I told him I was going to Ogmore and then back to the highway. Although it was longer, I could get out of the traffic for awhile. The guy was pretty nice, but I got the impression he might have been a middle-manager at some point in his life, in that he didn't really listen to me and just restated what I said as his own personal advice. The next thing he said was "ya see, this way is about 10k longer, but at least it will get you off the highway a bit." The town of Ogmore used to be a big coal mining town. It had 6,000 people in the 50's, and has just 60 now. All that is really there now is a school, houses, and a 105 year old pub. He said that if I went to the pub, don't let it taint my impression of the town. The owner was a bit of a jerk and the townspeople were pretty nice.

The rest of the day was pretty uneventful. My extra detour kept me from getting to Clairview, so I ended up camping behind the Hamburger Hut about 10k south of Clairview. The Hamburger Hut is basically this gas station in the middle of nowwhere that serves "The Bigest and Best Burgers". About three people told me about the place. It was getting dark and the owner said I could camp by the picnic table near the gas station. Get to see the ocean tomorrow.