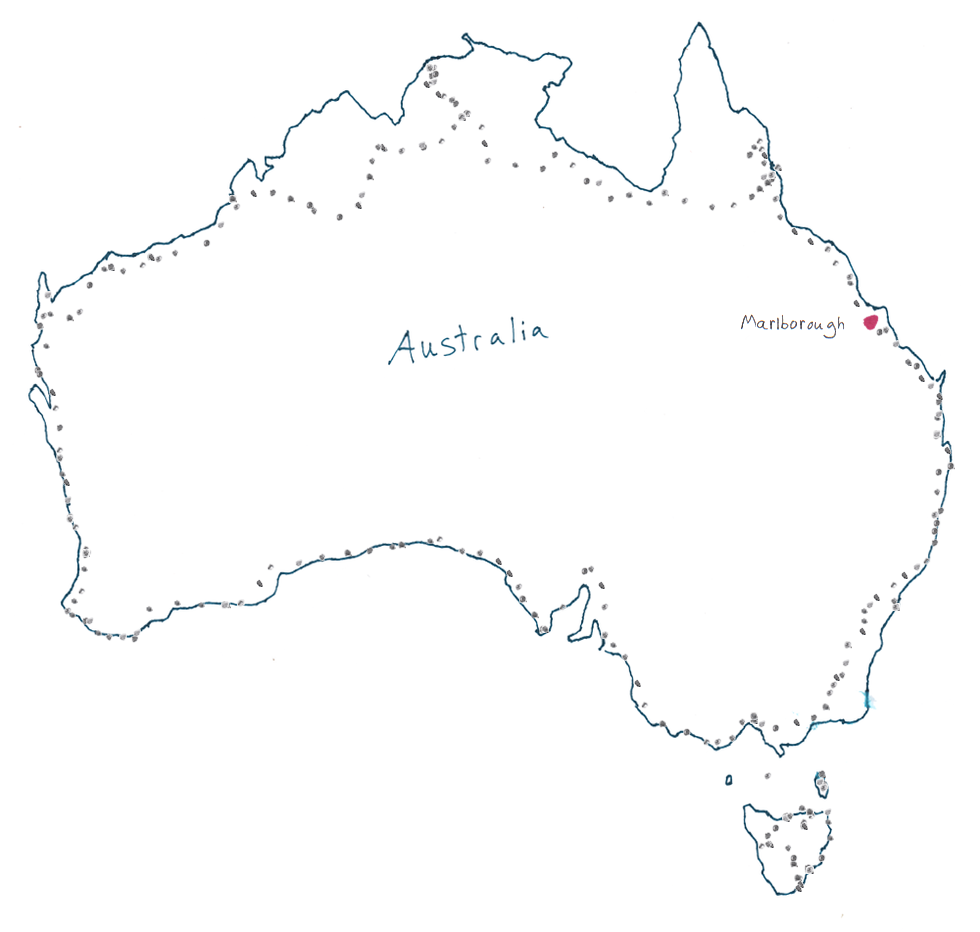 Duncan and Alison made us a big fat breakfast, yummy. We all said our goodbyes and I rode with Duncan back to Rockhampton. Got the vegemite contest online and proceeded to head out of town. As I was going through the town square, I ran into NC Guy (see Friday's entry). "Still here!....why the hell don't you just go to the op-shop (second hand store) and buy some clothes there instead of carrying them?" He kind of scoffed when I said it didn't make sense to buy new clothes every day. He was actually starting to annoy me a bit...but soon left.

On the way out I got photos of these cows that are near the entrances to Rockhampton. For the longest time people kept stealing the male cows "privates". Rumor has it that the city maintenance worker carries around a bunch of extra fiberglass "units" in case they get stolen. The cow I took pictures of had his unit bolted to the concrete, so it didn't look like it was going anywhere anytime soon.

The rest of the day was pretty uneventful. Finally starting to get into the feeling of the outback just a little...in that the distances between towns is becoming significantly greater. People up here in Queensland are the friendliest people I've met so far in Australia. A lot of people honk and wave...how cool.