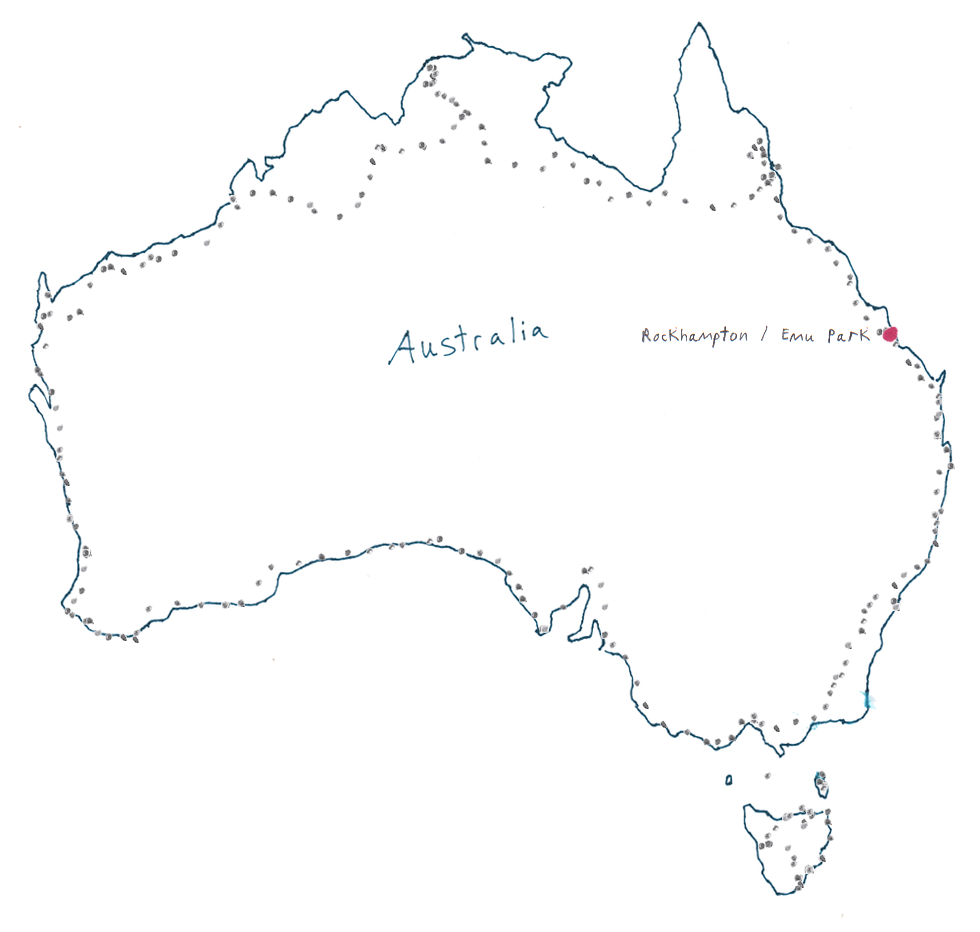 Spent the day roaming around Rockhampton and doing some writing for the clock site. Ran into a guy about 60 sitting on a park bench. "WHAT THE FUCK are you hauling all that shit around for?", he asked. We talked awhile. He pointed to one of my bags and asked what was in it...I told him clothes. "Why the hell don't you just buy them when you get to town at a second-hand store, what the hell are you carrying them for?" Somehow I couldn't get it though to him that it was not economically viable (or practical) to buy new clothes every second day for a year. He then proceeded to tell me about everything bad that happens in Australia, how bad Mackay was for drivers. This was bad, this will kill you, this is a bad idea, blah blah blah. Maybe Mr. Cobain met him in another life and wrote "Negative Creep" about him. I dubbed him the NC guy.

As I was walking around (the very warm I may add) Rockhampton. I walked past these three kids who were dressed like they were on the cover of an Eazy-E album. It had to have been about 85 degrees F, yet they were wearing heavy pants and giant puffy jackets in the the hood of Rockhampton. Amazing how kids suck up American Culture no matter how impractical it might be.

Met up with Duncan and we drove to Emu Park on the coast. Later Duncan, Alison and I went up to Yeppoon for yummy Thai Food!