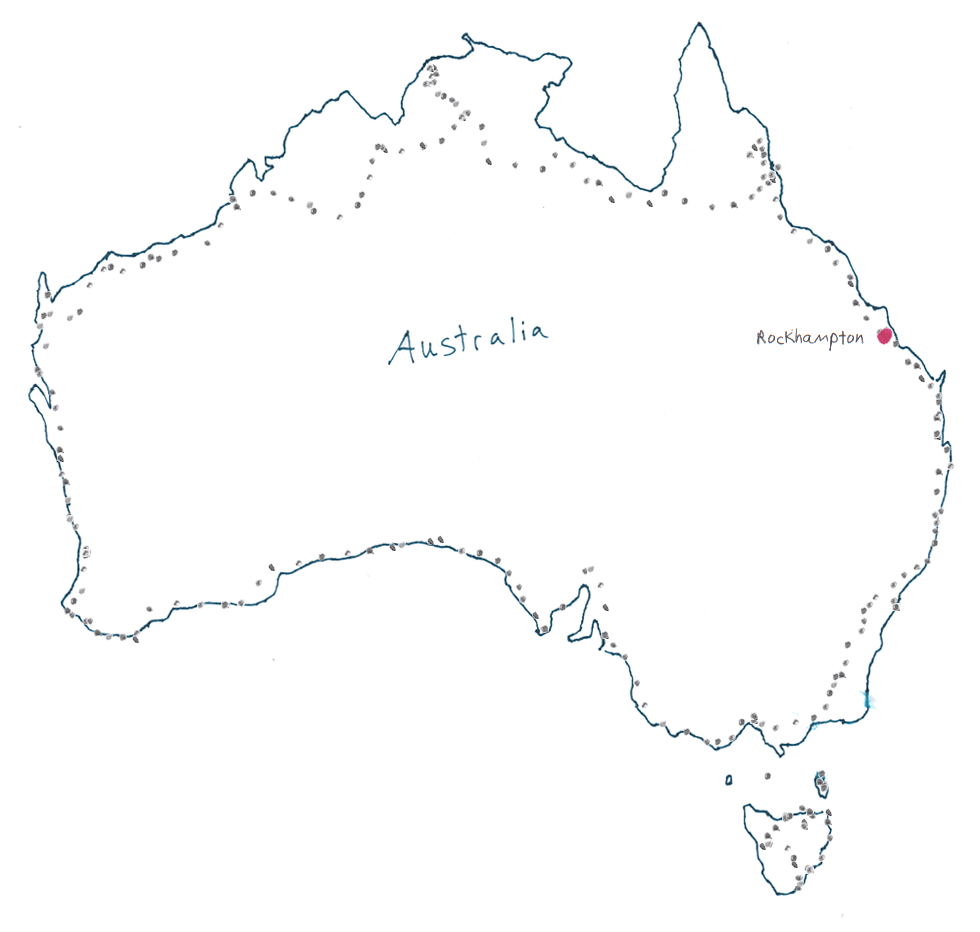 Headed out of Gladstone and on up to Rockhampton. Was listening to the radio and they said there was a small chance Steve Fawcett the round the world balloon guy might land near Rockhampton....I was thinking that would be a little funny if he landed somewhere near me.

Day was pretty uneventful overall. I passed 23.5 degrees south and couldn't figure out where the Tropic of Capricorn. Dunno if the GPS was off or what, because I passed the offical spot a good ways down...right next to the visitors center. Oh well.

Was very tired when I pulled into the hostel. I found my room and went in. There was a guy and a girl cuddled together on one bed...man...this is the LAST thing I wanted to think about after a long day of biking.