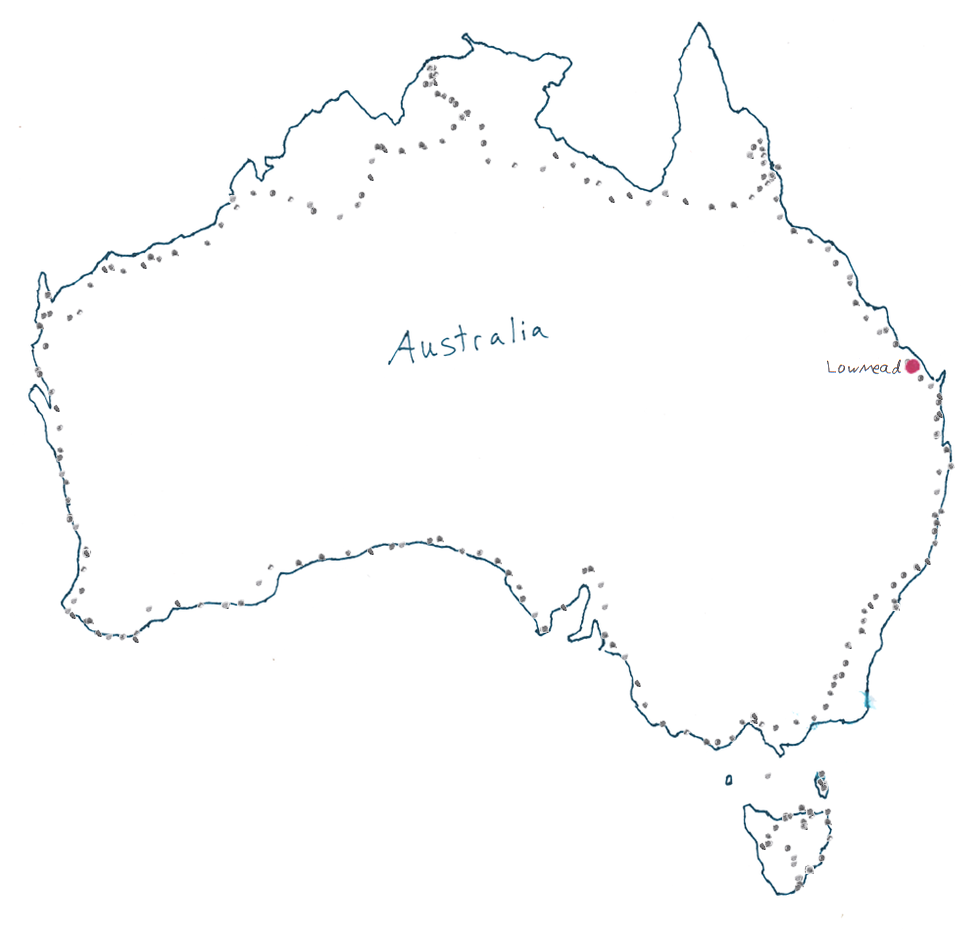 Mike was going into Bundaberg so I figured I'd tag along and go to the bike store. These tires are getting hard to find, so I bought three of them. Now of course, I'll find them at every bike shop from now on. We went to several second hand stores. I had to buy this one record (see below). That night I hung out in the bar and a bunch of the guys bought me a beer for my birthday.