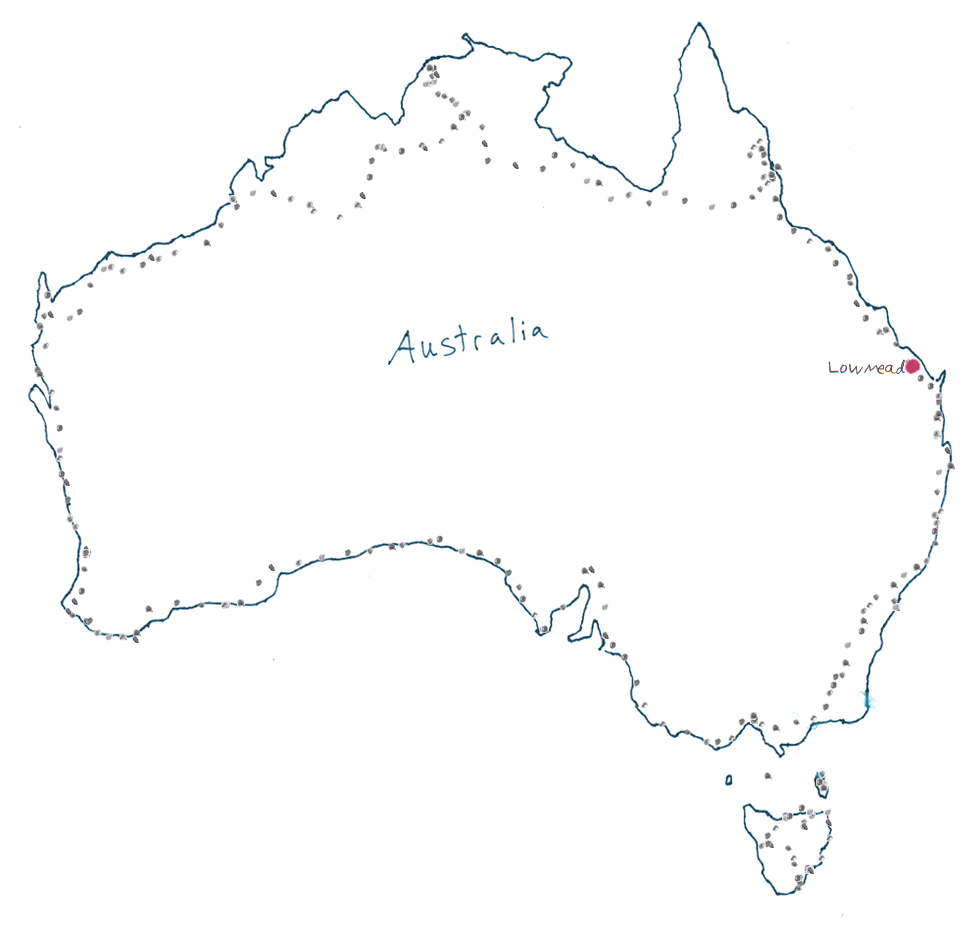 Wasn't too motivated today hence only going 53k...plus I didn't leave Yandaran until 9am. The woman at the store made me coffee and I spent all morning reading the paper.

I ended up in the one-horse town of Lowmead. This turned out to be perfect. The locals were all pretty nice and I talked with them for awhile. Mike at the pub was a nice guy (hi Mike!). I decided to spend a day there just relaxing.