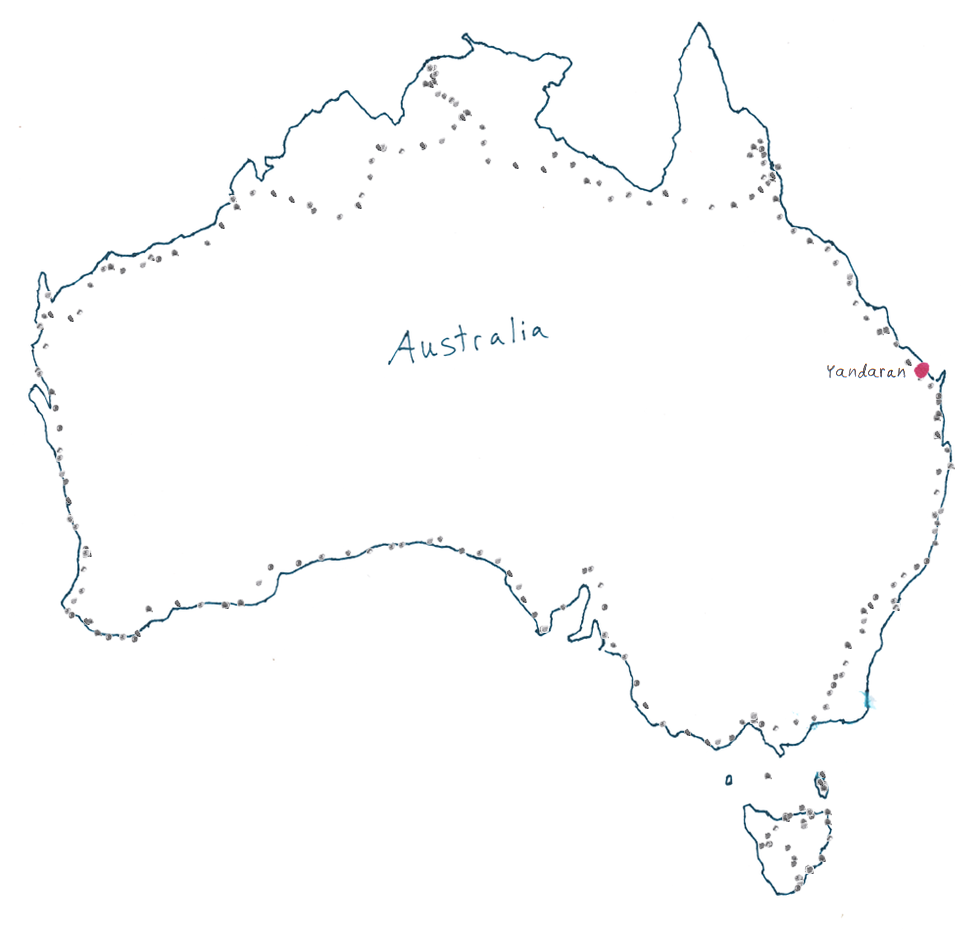 Had a nice tailwind all the way to Bundaberg, made for very fast riding. Listening to Led Zeppelin made it even better. (That background riff during the bridge of Ten Years Gone...wow).

Ran a few errands in Bundaberg and left town. Was one of those times where I didn't know where I'd be staying....just kind of wait and see what happens. Ended up in Yandaran, QLD. I had been kind of wanting to go to a bar in a tiny town...so this was great. The town just had a bar/motel and a small store..that was it. The woman at the bar said I could sleep in the grass behind the Grange Hall. Met an older New Zealand couple and had dinner with them in the bar.