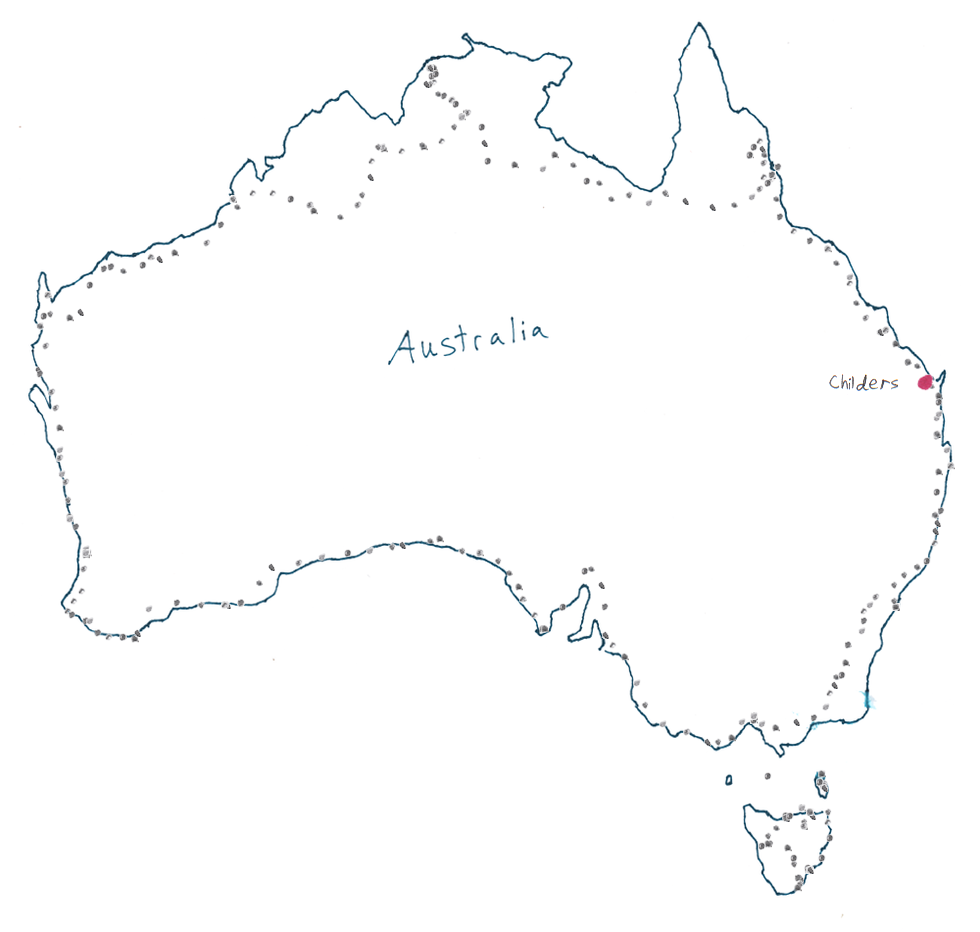 Today started out pretty nice and then sucked pretty bad, so things evened out.

Spent the morning farting around Maryborough. It was a nice town with a lot of old buildings and a very genuine feel to it. Got a couple good clock pics with the woodsman near the town entrance (see pics). Went to the bike shop, they didn't really have what I wanted. I bought one tire though to be on the safe side. This proved later to be a wise move. Didn't get out of town until about 11:30am. Was crusing along pretty good on the main highway. The sun was out and the shoulder was wide. Kaboom!, rear tire exploded. Looks like the tire I've been using since the start of the trip finally wore out. I put on my new one. This took forever because it is a Continental and they are a @#$@#R$ to put on when they are new. I kept pinching the tube, taking it back out to patch, and start the whole process over again. I stopped at a gas station near Howard for a cheer-up soda. A woman and her two kids stated talkign to me...I ended up getting a clock picture of them.

As I got closer to Childers, the road shoulder disappeared. Worse, the sun was going down right in front of me, making it hard for drivers to see anything. This had BAD written all over it I rode in the grass/gravel along side of the road at a slow pace. I hit a rock too hard and blew out my front tire. Fixed that and started crawling along again. Finally got into Childers. Just as I left the well lit store they closed it up and put up a sign reading "closing early due to power failure". At the carvan park now. At least tomorrow I don't have to ride on the damn highway, proably won't have to for a couple of days at least. Still dunno if I'm going to be in Rockhampton for my birthday.