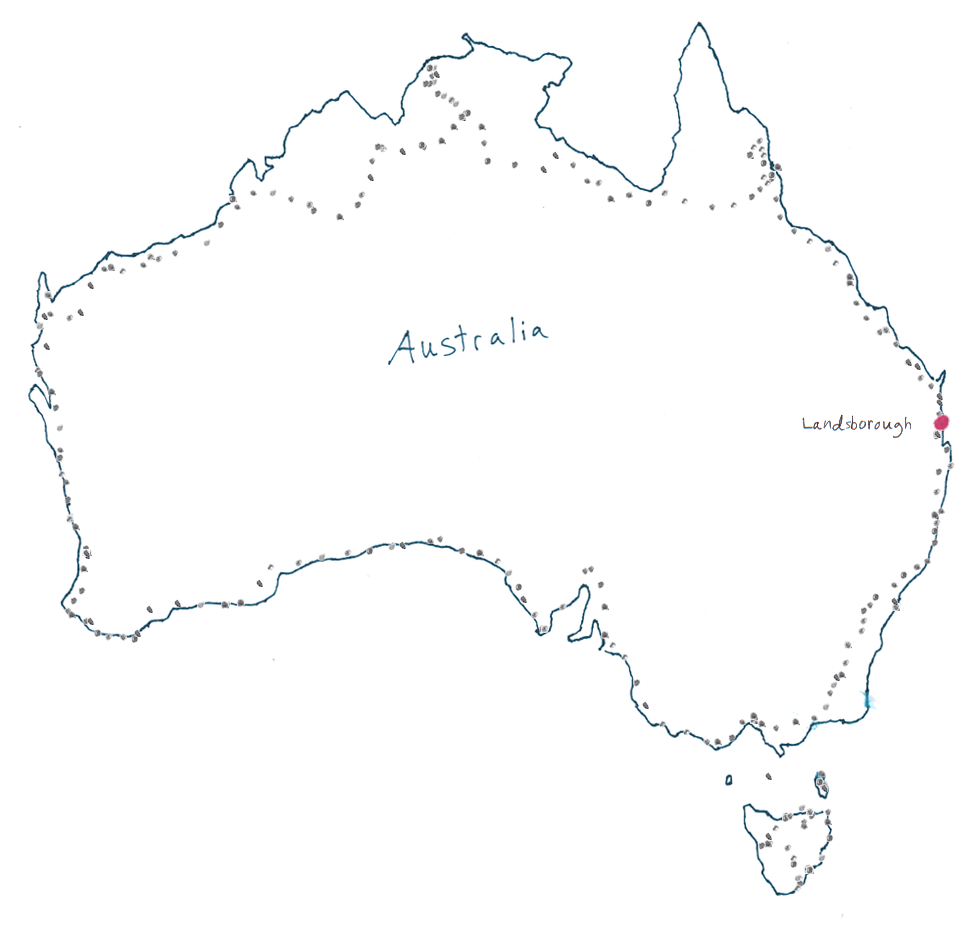 Today was one of those days where you kind of plan it out and then the unexpected happens.

Went to put sugar on my museli this morning and instead I discovered the hard way that it was salt.

Left Simona's (thanks again!) and headed north out of town. The suburbs to the north were not that bad after all. After about 20k I met up with some cyclists out for a Sunday ride. I rode with them for a way and some of them headed another direction. A few of us continued north and I rode with them. This was actually the first time of the whole trip where I've actually ridden with other bikers for longer than 15 minutes, pretty nice. One of them suggested we go to his house for some coffee and we did just that.

I noticed my pace was a lot faster and I wasn't tired. It is a lot easier to keep a fast pace if someone is riding alongside of you.

It ended up just being Paul, Kate and I riding north. We stopped at a take-away place for lunch and then I bid goodbye to them. I passed the Zoo where all the Crocodile Hunter stuff takes place, got a few photos there. It was pushing my 4:30pm cutoff time so I just decided to stay at the caravan park rather than try and make it to the coast. I wasn't planning on going to the zoo, but then decided I'm going to go tomorrow so I can see a bunch of different critters. Plus, it will be a Monday so it shouldn't be a human zoo. The woman at the caravan park said I can leave my tent and non-valuable junk like that at the park while I go to the zoo. That is the one downside of bike touring, gotta worry about the bike all the time. Haven't seen any Koalas or Crocs yet...so I'll get to tomorrow.