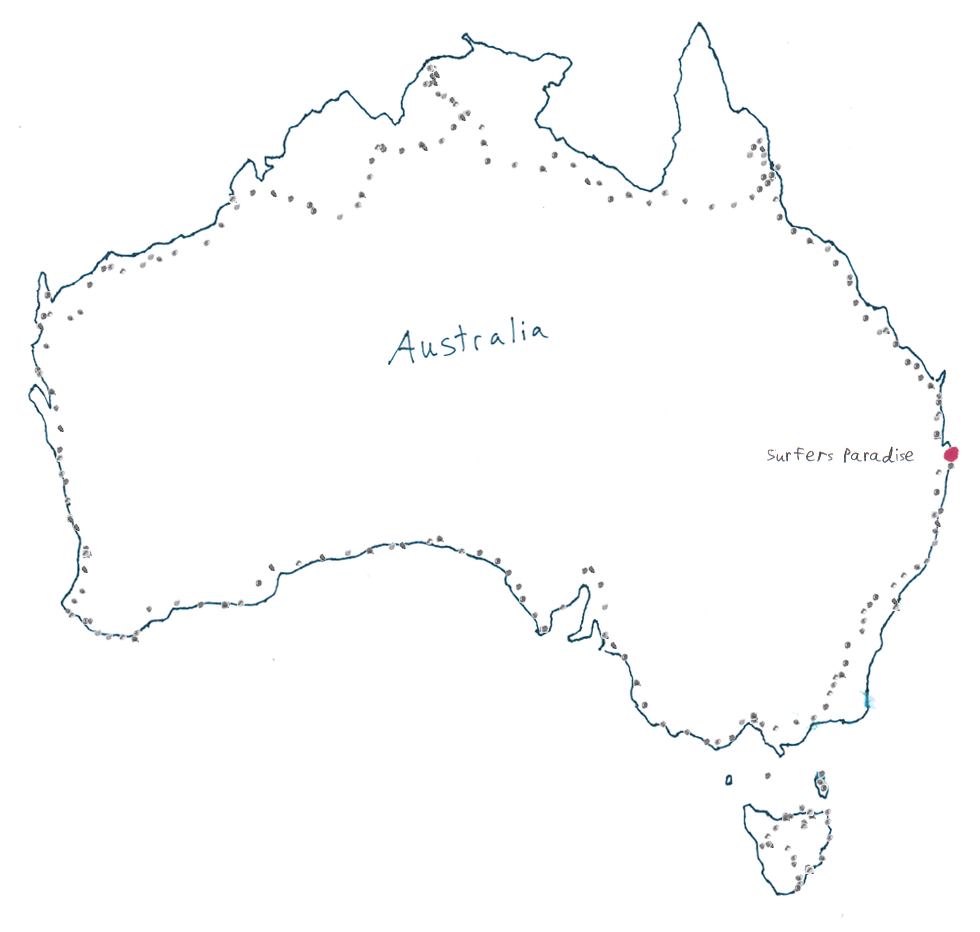 This day had just about everything. Started out in nice farmland, ended up in a Las Vegas like land named Surfers Paradise.

Did get much sleep last night. I tried sleeping under my tarp but the mosquitoes were too bad. I kept falling asleep and waking back up. At one point, I heard something walking across the blue tarp, I thought it might have been a possum. I looked up over the tarp and saw a giant golf-ball sized spider walking on top of me (well, he/she was on the tarp. Ended up setting up the tent at 2am.

Anyway, got out of Byron Bay. Had a nice ride through farmlands. Got near the coast and got a little lost. The GPS showed a road near the coast which didn't exist. Fugger...that was 8k that could have been spent biking north. All I got out of this unwanted sidetrip was a picture of a street sign named "Peter" for my cousin Pete.

Stopped at Hastings Point and had lunch. Went out to the been and slept for an hour. It was fun to ride the bike up the beach until the rocks started. Somewhere around Tweeds Heads I crossed into Queensland and didn't even know/see it. No more New South Wales for me.

It was nearing sunset and I cut down to the beach and rode up right near the surf. People looked at me a little funny. One older guy kind of grabbed his wife with the look in his face like I was going to snatch her purse.

It got dark but I was able to ride for an hour up the road near the beach. Got to Surfers Paradise and found a cheap motel/hostel. I was glad I opted for that route over the caravan park in my tent. Awhile later the sky opened up and the biggest rainstorm iI've ever seen came pouring down. Lightning and thunder where everywhere. It was kind of a nice end to the day. Tomorrow is Brisbane...more suburbs.